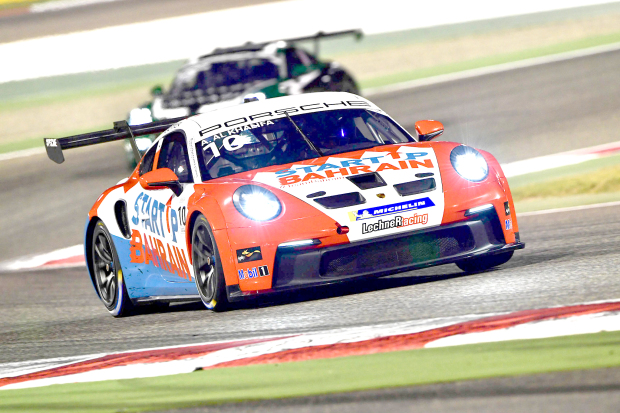 It was a positive start for the trio in their GR010 Hybrid Hypercar as they make one last push for the drivers’ Hypercar world title against teammates and current points leaders Kamui Kobayashi-Mike Conway-Jose Maria Lopez in Toyota Gazoo’s #7 Hypercar.

Buemi-Nakajima-Harltey had a best lap time of one minute 48.490 seconds with 40 laps completed after 90 minutes under BIC’s bright state-of-the-art floodlights. They were 0.408 seconds quicker than Kobayashi-Conway-Lopez, who are currently ahead in the drivers’ title standings by just 15 points.

Alpine Elf Matmut followed in third, both overall and in the Hypercar class, with a best lap of 1:49.479 for the trio of Matthieu Vaxiviere-Andre Negrao-Nicolas Lapierre in their Alpine A480-Gibson.

In the Le Mans Grand Touring Endurance (LMGTE) Pro category, Kevin Estre-Neel Jani-Michael Christensen of Porsche GT Team drove their #92 911 RSR-19 to a fastest lap of 1:57.657 for first place. They finished on the practice classification ahead of teammates Frederic Makowiecki-Gianmaria Bruni-Richard Lietz in their #91 car. AF Corse’s Miguel Molina-Daniel Serra in the #52 Ferrari 488 GTE Evo were third quickest.

In the LMGTE Am class, Aston Martin Racing’s Paul Dalla Lana-Augusto Farfus-Marcos Gomes took the top spot in their #98 Vantage AMR with a best lap of 1:58.093. Team Project 1’s Egidio Perfetti-Matteo Cairoli-Riccardo Pera were second in their #56 911 RSR-19, while Cetilar Racing’s #47 crew of Antonio Fuoco-Roberto Lacorte-Giorgio Sernagiotto in their 488 GTE Evo were third.

A total of 31 cars took part in the session.

The WEC field are back in action today for a second 90-minute free practice, which will be followed by a 60-minute third session starting at 1.20pm.

Qualifying will follow in the late afternoon, first for the LMGTE Pro and Am categories at 5.20pm and then for the Hypercar and LMP2 classes at 5.40pm. That will set the stage for tomorrow’s Bapco 8 Hours of Bahrain, which is scheduled for a 2pm rolling start.

Morris Schuring was fastest yesterday in both Free Practice sessions of the season-opening round in the 2021/2022 Porsche Sprint Challenge Middle East, taking place this weekend supporting the FIA WEC Bapco 8 Hours of Bahrain.

In the evening’s practice under lights, the Dutchman registered a fastest lap of 2:03.453 while completing 16 laps. He was classified 0.293 seconds ahead of Fahad Algosaibi of Saudi Arabia, while Richard Wagner from Germany was third 0.346s back.

Rounding off the overall top eight were Bandar Alesayi from Saudi, James Dorlin from the UK, Lucas Groeneveld and Thierry Vermeulen from the Netherlands, and Alexander Malykhin from Belarus, all of whom are competing in the series’ GT3 class.

In the second practice’s GT4 category, Charlie Wurz from Austria was the pace-setter with a lap of 2:11.819. The Saudi pair of Saud Al Saud and Khaled Alahmadi followed in second and third, respectively. Team Bahrain ace Shaikh Jaber bin Ali Al Khalifa did not set a time.

Earlier in the day yesterday, Schuring set the pace in the season-opening session. He clocked a fastest lap of 2:03.314 and was 0.671secs quicker than Wagner, while countryman Daan van Kuijk was third 0.689s back.

The rest of the best eight overall, all of whom were also racing in the series’ GT3 category, were Fahad Algosaibi, Dorlin, Steven van Rhee from the Netherlands, Groeneveld, and Alesayi. Team Bahrain’s Shaikh Ali was 12th in class with a best lap of 2:05.370.

Amongst the GT4 participants, Wurz topped their times with a best lap time of 2:12.550. Team Bahrain’s Shaikh Jaber followed 1.038s off Wurz’s mark, while Alahmadi was third 2.121s behind.

The Porsche Sprint Challenge ME field will continue their first round on Friday with Qualifying at 12.30pm, which will set the grid for the weekend’s first race at 4.15pm.