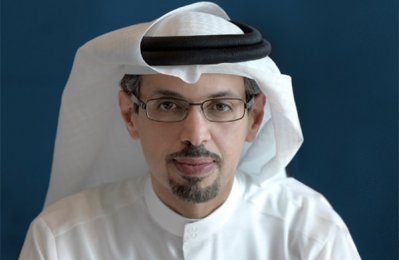 There is huge potential for Indonesian companies to boost exports to the UAE, especially in the categories of commodities, industrial products and textiles, according to a new analysis from Dubai Chamber.

The analysis was released by Dubai Chamber in the lead up to the inaugural Global Business Forum ASEAN (GBF ASEAN), a high-level business forum organised by the Chamber in partnership with Expo 2020 Dubai.

Taking place December 8-9, 2021 at Expo 2020 Dubai, the event is being held under the patronage of Sheikh Mohammed bin Rashid Al Maktoum, Vice President and Prime Minister of the UAE and Ruler of Dubai.

The UAE is among the top 20 countries import partners of Indonesia. In the same year, Indonesia ranked 52nd and 33rd among top export and import markets for the UAE, respectively. This indicates that there is an enormous array of untapped opportunities to increase mutual cooperation and bilateral trade between the two countries.

The analysis identified 10 high-potential products that Indonesian traders can export to the UAE. The UAE's imports of these ten products in 2020 were valued at$125 million, but Indonesia's share of the UAE's imports of these products was less than 15%, Clothing, wood products, prawns, coffee and coconut products were also highlighted as in-demand Indonesian products that can be exported to the UAE and re-exported through the country to African, European and Middle Eastern markets.

Raw gold, unwrought aluminium and ethylene polymers were among the top 10 products that could be exported from the UAE to Indonesia. The analysis valued Indonesia's imports of these materials during the year 2020 at approximately $307 million, with the UAE accounting for 15% of this trade value.

The findings indicated that there is plenty of scope for Indonesia to expand its cooperation with the UAE in the area of food security as the Southeast Asian country is the seventh largest food exporter in the world in 2020, while the UAE imports about 80% of its food requirements.

In addition, infrastructure was regarded as a sector where UAE companies can tap into attractive investment opportunities in the Indonesian market, as Indonesia is looking to boost its infrastructure spending to more than $430 billion over the next the years.

Hamad Buamim, President & CEO of Dubai Chamber said: “Indonesia is market of strategic important to Dubai and Dubai Chamber members. The recent analysis highlights the wide array of trade opportunities in the Indonesian market, which offers tremendous potential to trading companies in the UAE.”

Buamim noted that Indonesia earlier this year became the first Southeast Asian nation to join the World Logistics Passport (WLP), which opened new doors for traders in the Indonesia market to boost trade flows with Dubai and other emerging markets around the world.  He added that such opportunities emerging on the horizon would be discussed in detail at the upcoming GBF ASEAN in Dubai, which is the first event of its kind in the region

The inaugural GBF ASEAN will be held under the theme The New Frontiers, is expected to attract public and private sector stakeholders from the UAE and ASEAN markets, including government officials, prominent CEOs and industry experts.

GBF ASEAN forms part of Dubai Chamber’s Global Business Forum series that was launched in 2012 as a platform to drive trade and explore opportunities between the UAE and some of the world’s fastest growing markets. – TradeArabia News Service