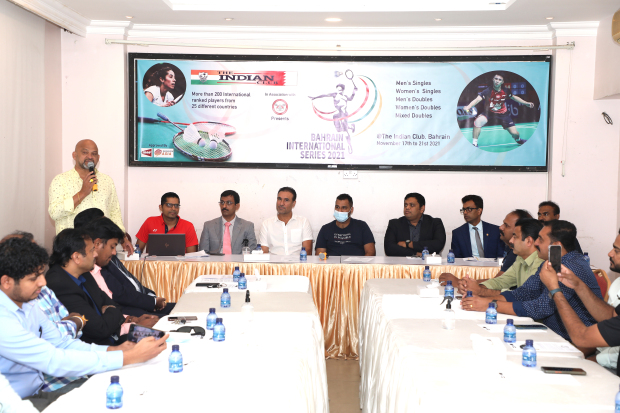 More than 200 top class players from 25 countries will be flying in for the Bahrain International Series Badminton Tournament 2021.

The event, from Wednesday to next Sunday, is organised by the Indian Club Bahrain in association with the Bahrain Badminton and Squash Federation.

With all important world ranking points and a $5,000 prize purse on offer, the event is the largest International Series badminton tournament ever held in Bahrain.

India has the largest contingent with more than 60 players – in addition to the ‘home’ Bahraini players.

The tournament will feature all major categories – Men’s and Women’s Singles and Doubles plus Mixed Doubles.

Among the leading players expected to take part are top 100 ranked women’s player Ozge Bayrak from Turkey and Ikhsan Leonardo Imanuel Rumbay from Indonesia, who is ranked just outside the top 100.

Play will commence at 9.30am every day with matches on the Indian Club’s two high quality courts continuing through to a daily 9pm finish.

The Grand Finals Day is set for next Sunday.

Details about the tournament were announced yesterday at a media briefing held at the club’s premises in Manama.

“It seems such a long time ago since we were able to enjoy international sports events, so it’s great to see international badminton returning at the Indian Club,” said club acting president Sany Paul Kolengaden.

Score updates, details of upcoming matches and all tournament news will be posted regularly on the club’s facebook page – Indian Club, Bahrain.