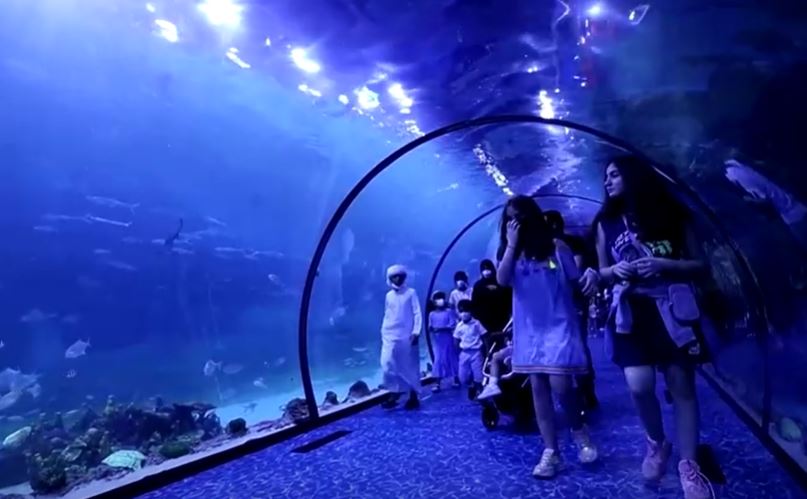 Home to more than 45,000 animals across 60 different exhibits, the Middle East's largest aquarium opened its doors to visitors on Friday (November 12) in the UAE's capital of Abu Dhabi.

Mirroring various marine habitats across the globe, the aquarium features 10 different zones, and takes about two hours to complete.

Among the aquarium's most important exhibits is the Bu Tinah section, a microcosm of Abu Dhabi's Bu Tinah island, a protected and private nature reserve inaccessible to visitors.

"The only place where you can get some idea of what Bu Tinah might look like is here," said the aquarium’s general manager Paul Hamilton. "We created the seagrass beds, we have hammerhead sharks and an array of different types of fish that you would see in that location."

Some of the aquarium's most iconic species include the world-famous Super Snake, believed to be the longest reptile on display in the world, Hammerhead sharks, and an Asian Water Monitor Lizard dubbed the "Professor".

Abu Dhabi's National Aquarium had been in the making for several months, witnessing a number of challenges and delays amid the coronavirus pandemic until its much awaited launch.

"It definitely made the process a lot longer and made it a lot more difficult but it didn't stop us," said Hamilton.