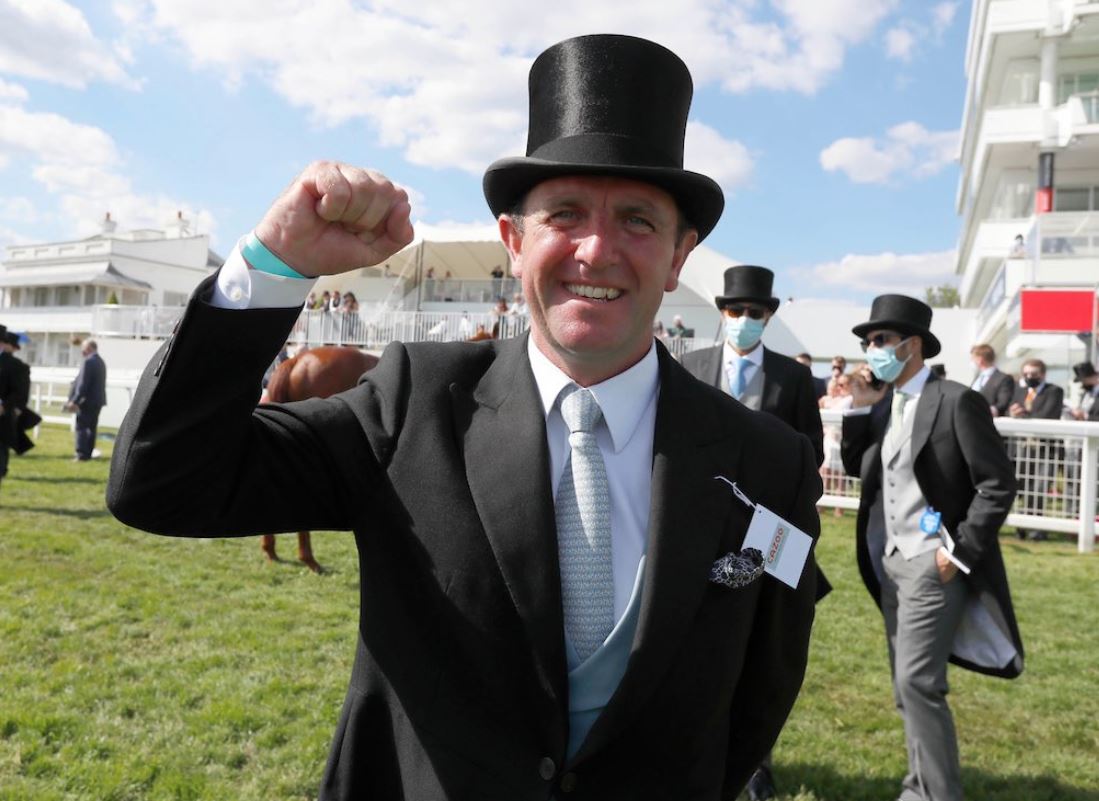 Charlie Appleby has enjoyed a stellar season by winning 17 Group and Grade One races in 2021, including the Derby, St Leger, and three Breeders’ Cup races at Del Mar on the weekend.

Appleby now has his sights set on Bahrain with the Newmarket trainer set to saddle two leading contenders in next week’s £500,000 Group Three Bahrain International Trophy.

Charlie Appleby said: “Our plan was to go for the Bahrain International Trophy with Barney Roy last year, but unfortunately on the back of his success in Germany he met with a setback.

We’ve been purposefully working back from the Bahrain International as it’s a race which is great to be part of. I’d like to think that we’re going to go over there with a competitive horse as well.

I was pleased with his comeback run in the Group Three Darley Stakes, on a track which doesn’t suit him. We got what we wanted out of it and hopefully he now has his racing brain back and engaged. I think the style of the race will suit him in Bahrain.

It’s a slick track there and the tight turns will suit him. If he goes there with his old A-game, he’s going to be a big player.” Joining the Godolphin pair in the line-up is globetrotting superstar Lord Glitters.

Lord Glitters continues to thrive on his travels and having finished a staying on fifth in last year’s Bahrain International Trophy, the David O’Meara-trained eight-year-old managed to win his second career Group One in Meydan in March, the Jebel Hatta Stakes over 1m 1f.

France was responsible for the inaugural winner of the Bahrain International Trophy (Royal Julius in 2019) and leading French trainer Andre Fabre will saddle Magny Cours, who was an impressive winner of the Group Three Prix Perth at Saint-Cloud on his latest start.

Charlie Hills’ Pogo was last seen finishing second to Benbatl in the Group Two Joel Stakes at Newmarket and the five-time winner will be stepping up in trip to 1m 2f for the first time in his career. Ralph Beckett’s Victory Chime posted a career best in the Listed Foundation Stakes at Goodwood on his latest start and arrives in Bahrain riding the crest of a wave.

Penja won four of her seven career starts in France for Jean-Claude Rouget including the Group Three Prix De Psyche and was subsequently bought by owner Jurgen Sartori at Arqana’s Arc Sale last month. She is now trained by German trainer, Andreas Suborics.

Another three-year-old filly set to line up next week is Fev Rover. The Richard Fahey-trained filly finished an excellent third in this year’s Group One 1000 Guineas at Newmarket and was a Group Two winner in France as a two-year-old.

Saeed Bin Suroor will be hoping to improve on his 11th place finish with Dream Castle in last year’s race. He returns to Bahrain with Dubai Future who made a pleasing return to the racetrack last week at Kempton when finishing third. The sole Irish representative will be Cadillac.

The son of Lope De Vega won the Group Two Champions Juvenile Stakes at two and was a Group Three winner this season for Jessica Harrington in the International Stakes at The Curragh.

Last year’s winning trainer Fawzi Nass will be responsible for three of the four locally trained horses. Emperor Of The Sun, Qaader and Naamoos will all be hoping to emulate Simsir who landed a shock when winning the 2020 running of the race.

What A Welcome will be the other locally trained runner for Jalil Al Mallah. Shaikh Salman bin Rashed al Khalifa, Executive Director of the Rashid Equestrian & Horse Racing Club, said: “It is an incredibly exciting field that has been assembled for the third running of the Group Three Bahrain International Trophy.

There are some highly progressive horses in the line-up with six different countries represented. We are very much looking forward to welcoming participants from all over the world for next week’s race.”