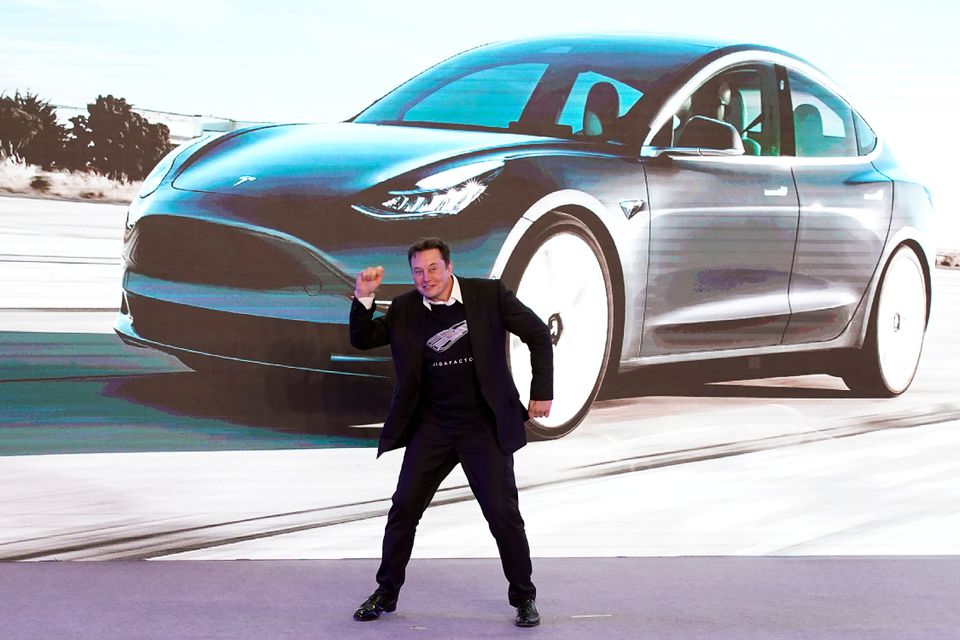 Musk acquired 2.1 million shares worth $2.2 billion at the Tuesday closing price and sold 934,091 for $973 million to pay taxes, the SEC filings showed.

Rivian's stock jumped 15%, with the EV maker now up over 120% since its initial public offer last Wednesday.

Rivian disclosed in a filing on Tuesday that its underwriters bought 22.95 million additional shares, boosting the total size of the IPO. Including those shares, Rivian's market capitalization rose to $153 billion, overtaking Volkswagen AG (VOWG_p.DE) by $14 billion and making the Irvine, California, company the world's third-most valuable carmaker.

Over the past week, Musk has sold about 8.2 million Tesla shares for around $8.8 billion. Those sales fulfil almost half of his pledge on Twitter to sell 10% of his stake in Tesla.

With electric-car makers increasingly in demand on Wall Street, Tesla's stock has surged more than 150% in the past 12 months.

"There's still plenty of buying interest because I still think ultimately investors are viewing this as a phase and viewing pullbacks as an opportunity," said Craig Erlam, senior market economist at OANDA.