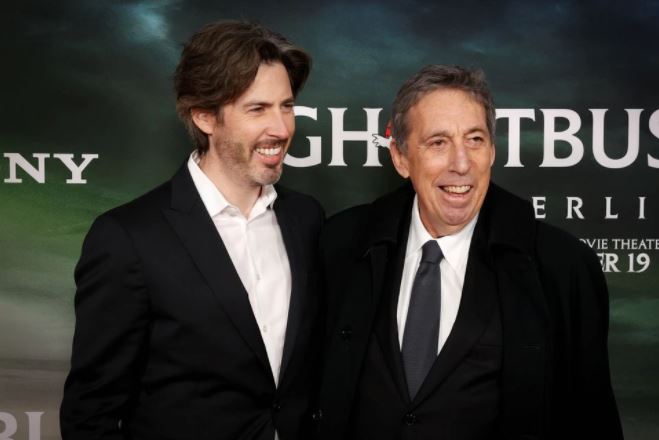 The young stars of 'Ghostbusters: Afterlife' said they didn't know they were auditioning for the latest movie in the Ghostbusters franchise - part of an effort to shroud the movie in mystery.

"We had no idea what we were auditioning for throughout literally the majority of the process," said Celeste O'Connor, who plays a classmate of one of the main characters. "I found out at the very last audition and I was like 'Oh my God'. I was freaking out."

"This is a movie that we wanted to do in secrecy because we wanted this film to feel like a Christmas present that you were getting on Christmas morning," said director Jason Reitman, who picks up the reins from his father, Ivan Reitman, co-creater of the original franchise.

A love letter to original Ghostbuster Egon Spengler and the late actor who played him, Harold Ramis, the movie follows the Spengler family - mother Callie played by Carrie Coon and her children Phoebe and Trevor, played by McKenna Grace and Finn Wolfhard - as they are evicted and are forced to move into Egon's eerie house in the Midwest.

With bushy black hair and glasses, Grace is reminiscent of Ramis' character and says she took inspiration from Ramis and Egon.

"But of course, Phoebe is still Phoebe. She's not Egon as much as she is a Spengler," Grace said.

Paul Rudd plays Phoebe's teacher and Callie's love interest, Mr. Grooberson, who is an avid fan of the original Ghostbusters and gets excited when Ghostbuster relics are discovered.

It wasn't a stretch for Rudd. "If you grew up with this stuff, there's no way I could just be cool around it. It's amazing," he said.

The Reitmans want audiences to keep quiet about the film's spoilers and cameos, some of which appear in two scenes during the credits.

"There's delightful things all over the film that you're going to love, no matter what, and you'll love even further in subsequent viewing, but we'd rather have it told to you through the movie as opposed to told in a tweet or something like that. That doesn't have the sincerity and joy of what I think the effect of the movie is," Ivan said.

'Ghostbusters: Afterlife' will be released in cinemas on Nov. 19.