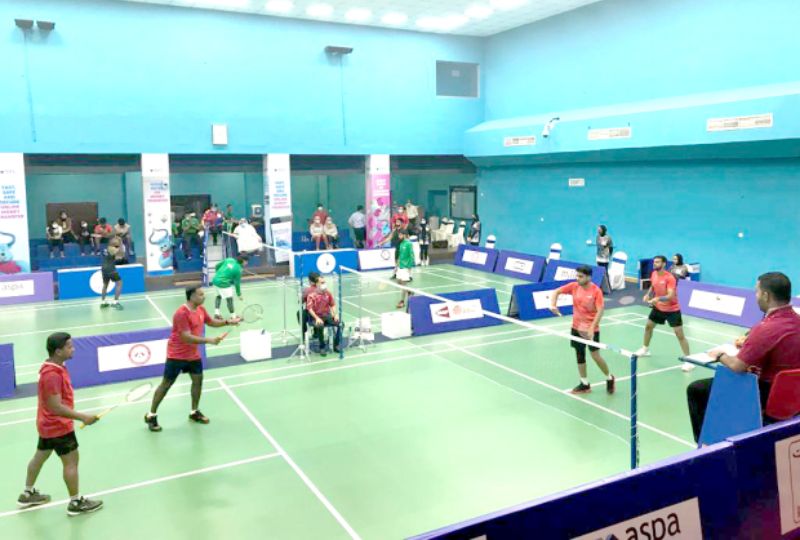 STAGE is set for the Grand Finals today of the Bahrain International Series Badminton Tournament 2021 at the Indian Club.

The final two seeds lost in the Men’s Singles quarter-finals as Indonesia’s top seed Ikhsan Rumbay lost to his compatriot Bobby Setiabuti and Jason Teh of Singapore, the No 8 seed, was beaten by India’s Sathish Kumar Karunakaran.

However, she lost out to Indonesia’s Komang Dewi in the semi-final.

Sathish also ran into a semi-final road-block, losing out to Hong Kong’s Chan Yin Chak, who took the win in straight sets.

Chan will now play in the Men’s Singles final against Indonesia’s Setiabudi, who continued his good run of form by beating fellow Indonesian Christian Adinata in three sets.

Hong Kong have already laid claim to the Mixed Doubles title as both of their pairs got through to today’s final – with RHC Lee and YT Ng taking on HC Law and TN Yeung.

Sri Lanka’s top seeds in the Men’s Doubles, Dias and Goonethilleka, were very impressive and are favourites to go all the way, although they are likely to meet stiff Indonesian opposition along the way.

They certainly won’t be meeting any Turkish ‘opposition’ as the No 2 seeded pair, Koca and Salim bowed out to the very same Indonesian opposition.

The Grand Finals Day begins at 4pm and will consist of five finals ahead of a prize presentation at 10pm.