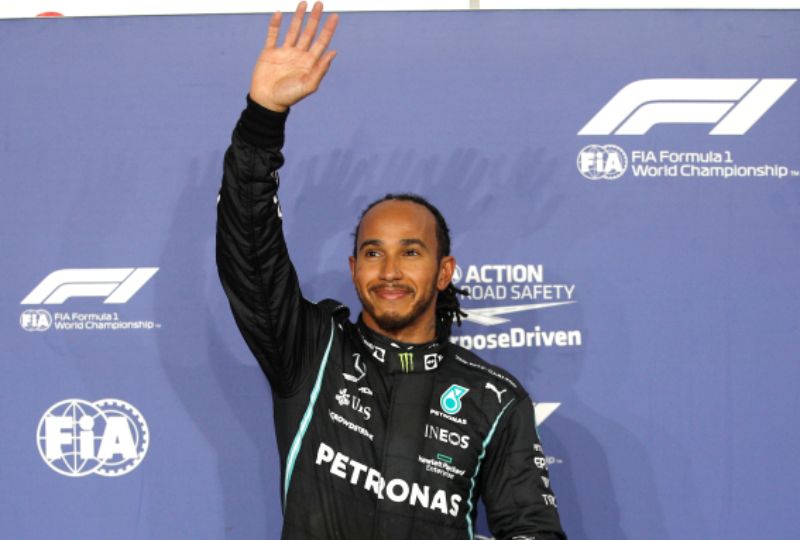 Mercedes' Lewis Hamilton celebrates with the trophy on the podium after finishing first place in qualifying. (Reuters Photo)

DOHA: Seven-times Formula One world champion Lewis Hamilton put his Mercedes on pole position for the inaugural Qatar Grand Prix with a stunning display of dominance under the floodlights last night.

Hamilton’s teammate Valtteri Bottas, fastest in practice, ended up third but was also summoned for allegedly not respecting warning flags.

“That last lap was beautiful, it was a really sweet lap,” said Hamilton, who won last weekend in Brazil after starting 10th on the grid.

The defending champion was first out of the pits for the final flying effort and set an eye-opening time of one minute 20.827 seconds for his 102nd career pole and fourth of the season.

The 36-year-old had already been on provisional pole with a time of 1:21.262 after going fastest in the first and second phases of qualifying and also being quickest in every sector of the track.

The margin of 0.455 between the two title contenders was the biggest it had been all season in a qualifying session in dry conditions. 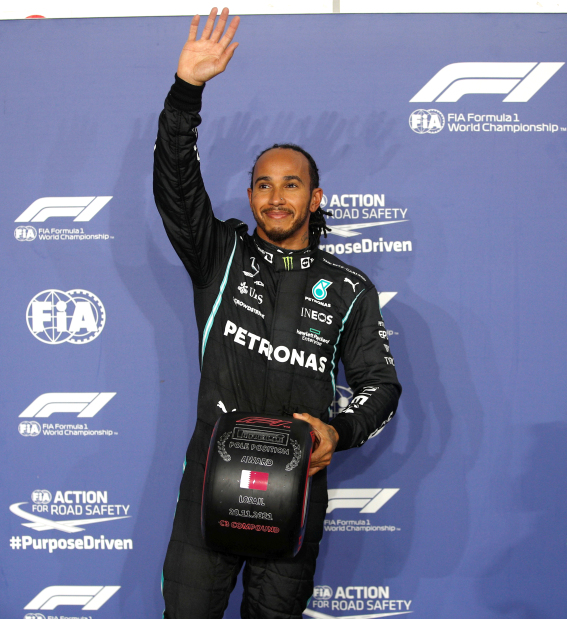 Verstappen, whose team have openly questioned the legality of Hamilton’s rear wing and voiced concern about the Mercedes’ impressive straight line speed, said his car was just lacking some pace.

“It’s been just a bit more tricky for us again in qualifying,” said the Dutch 24-year-old, whose Mexican teammate Sergio Perez qualified only 11th in a strategic setback for Red Bull.

Pierre Gasly was fourth despite breaking his front wing on the kerbs and suffering a puncture, shedding debris and bringing out the yellow flags briefly on his final lap as he came to a halt.

Verstappen’s summons was for allegedly failing to slow for the waved double yellows.

Double world champion Fernando Alonso qualified fifth for Renault-owned Alpine, with McLaren’s Lando Norris sixth and Carlos Sainz seventh for Ferrari – although he too was summoned to see the stewards for a potential flag breach.

The seven-times world champion said a lengthy drivers’ meeting with race director Michael Masi at the Qatar Grand Prix provided no clarification on overtaking and what would be seen as ‘hard and fair racing’ and what would be penalised.