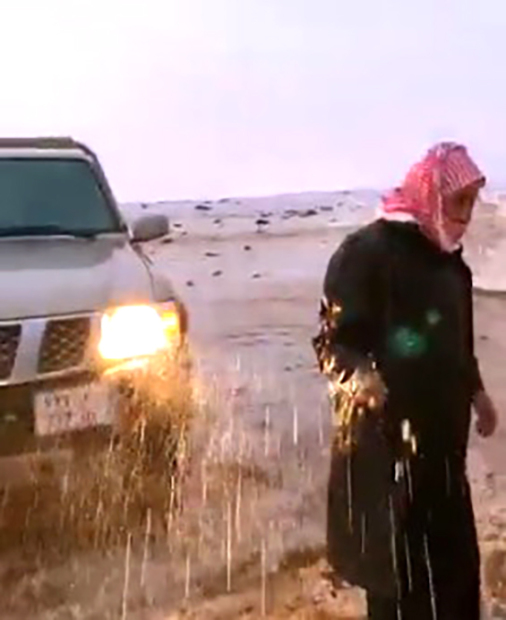 A picture shared by a social media user reportedly shows snowfall in the city of Qurayyat, Al Jawf Province

Parts of northern Saudi Arabia were covered in a fine layer of hail and snow on Sunday as temperatures plummeted to approximately 7C. Images circulating on social media showed a white landscape in the city of Qurayyat, in Al Jawf Province. The Saudi city is 30km away from the border with Jordan. In one video, hail can be seen falling from the sky.

A Saudi National Centre for Meteorology report said thunderstorms accompanied by light winds and hail showers would fall across Al Jawf, the northern borders and Tabuk, extending to the coastal areas of the Medina region.