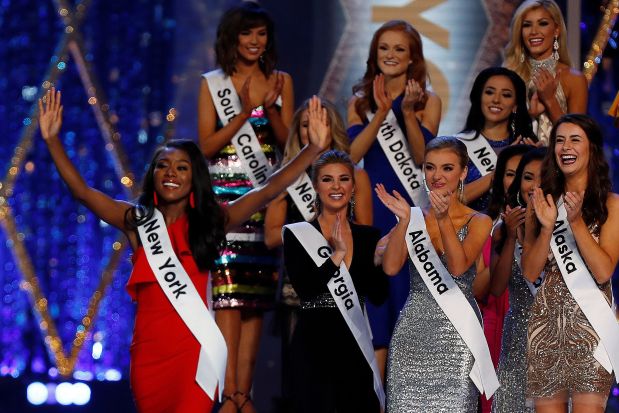 LOS ANGELES: The annual "Miss America" pageant, once a staple of prime-time TV viewing, is moving to a streaming-only event after years of sliding ratings and controversy over its role in the modern world.

Organizers said on Monday that "Miss America," which marks its 100th anniversary this year, will air entirely on NBC's Peacock streaming platform in December.

"We look forward to entering the streaming world with Peacock this year to help introduce our 51 outstanding individuals to a younger, broader audience and showcase their unique personal stories,” Shantel Krebs, a former Miss South Dakota and current chief executive of the Miss America organisation, said in a statement.

The contest will take place over five days, with the Dec. 16 finale being staged in Uncasville, Connecticut.

Organizers said the decision was aimed at attracting younger and more affluent viewers who are accustomed to watching media on digital devices rather than on traditional television.

The move also follows a slump in viewers to record lows and the elimination of the swimsuit round to take account of a new wave of female empowerment. TV audiences dropped to an all-time low of 4.3 million people in 2018, when the swimsuit round was eliminated, and fell again to 3.6 million the following year.

The event, which started as a beachside beauty pageant in Atlantic City, New Jersey, in 1921, hands out millions of dollars in college scholarships to its winners.

It experienced its own #MeToo scandal in late 2017 when internal emails came to light that contained inappropriate comments on the weight and appearance of some of the contestants. Several executives resigned.