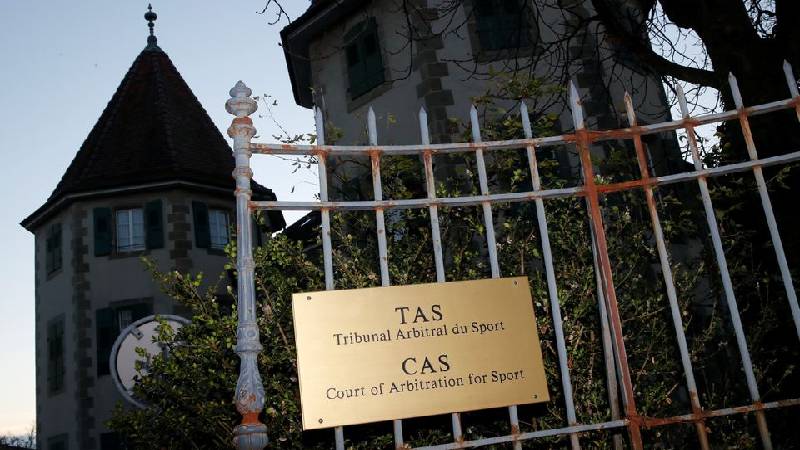 FILE IMAGE: The Court of Arbitration for Sports (CAS) is pictured before an appeal hearing of Jamaican sprinter Nesta Carter in Lausanne, Switzerland (Reuters Photo)

Russian high jumper Aleksandr Shustov has lost his appeal against a four-year ban for anti-doping violations has been dismissed, the Court of Arbitration for Sport (CAS) said in a statement on Tuesday.

Shustov, who won gold at the 2010 European Championships, was suspended by the Lausanne-based CAS in June last year for "use or attempted use of a banned substance or prohibited method".

Details about the banned substance or method were not disclosed.

The 37-year-old's results from July 2013 to July 2017, which included a seventh-place finish at the 2013 World Athletics Championships in Moscow, were also voided.

"In 20 July 2020, Aleksandr Shustov filed an appeal at the CAS Appeals Division against the Challenged Decision, seeking its annulment and the cancellation of the disciplinary sanctions imposed on him," CAS said in its decision on Tuesday.

"Having reviewed the arguments and evidence put before it in both the written submissions and during the hearing, the CAS Appeals Panel found no reason to overturn the Challenged Decision and confirmed the findings of the first-instance Panel in full, dismissing the appeal."

Shustov, who also took part in the 2012 London Olympics, retired from competition in 2017.