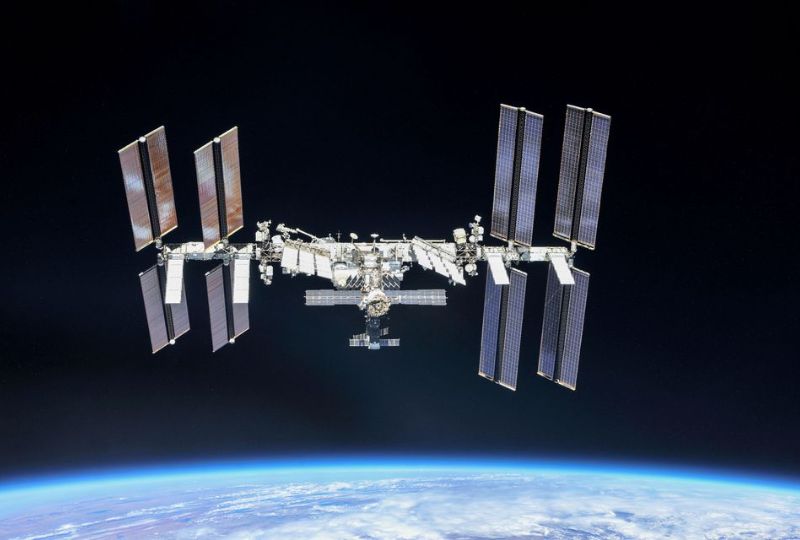 Two NASA astronauts were set to embark on a spacewalk on Thursday to replace a faulty antenna on the International Space Station (ISS), after a 48-hour delay prompted by an orbital debris alert later deemed to be of no concern.

NASA TV planned live coverage of the 6-1/2-hour spacewalk, scheduled to begin at 7:10 am. Eastern time (1210 GMT) as astronauts Thomas Marshburn and Kayla Barron exit an airlock of the orbiting research lab some 250 miles (402 km) above Earth.

The outing is the fifth spacewalk for Marshburn, 61, a medical doctor and former flight surgeon with two previous trips to orbit, and a first for Barron, 34, a US Navy submarine officer and nuclear engineer on her debut spaceflight for NASA.

Their objective is to remove a defective S-band radio communications antenna assembly, now more than 20 years old, and replace it with a spare stowed outside the space station.

The space station is equipped with other antennae that can perform the same functions, but installing a replacement system ensures an ideal level of communications redundancy, NASA said.

Marshburn will work with Barron while positioned at the end of a robotic arm manoeuvered from inside by German astronaut Matthias Maurer of the European Space Agency, with help from NASA crewmate Raja Chari.

The four arrived at the space station Nov. 11 in a SpaceX Crew Dragon capsule launched from the Kennedy Space Centre in Florida, joining two Russian cosmonauts and a NASA astronaut, Mark Vande Hei, already aboard the orbiting outpost.

Four days later, an anti-satellite missile test conducted without warning by Russia generated a debris field in low-Earth orbit, forcing the seven ISS crew members to take shelter in their docked spaceships to allow for a quick getaway until the immediate danger passed, NASA said.

The residual cloud of debris from the blasted satellite has dispersed since then, according to Dana Weigel, NASA deputy manager of the ISS program.

But NASA calculates that remaining fragments continue to pose a "slightly elevated" background risk to the space station as a whole, and a 7% higher risk of puncturing spacewalkers' suits, as compared to before Russia's missile test, Weigel told reporters on Monday.

Nevertheless, NASA determined those risk levels, while heightened, fell within tolerable boundaries and moved ahead with preparations to conduct the spacewalk as originally planned on Tuesday.

Hours before the operation was to begin, NASA received an alert from US military space trackers warning of a newly detected debris-collision threat, prompting mission control to delay the extra-vehicular activity (EVA) mission.

On Tuesday afternoon, NASA said its evaluation concluded the debris in question - its origin left unclear - posed no risk to spacewalkers or the station after all, and the antenna replacement was rescheduled for Thursday morning.

Thursday's exercise marks the 245th spacewalk in support of assembly and upkeep of the space station, which this month surpassed 21 years of continuous human presence, NASA said.

A NASA spokesman, Gary Jordan, said this week's spacewalk postponement was believed to be the station's first ever caused by a debris alert.