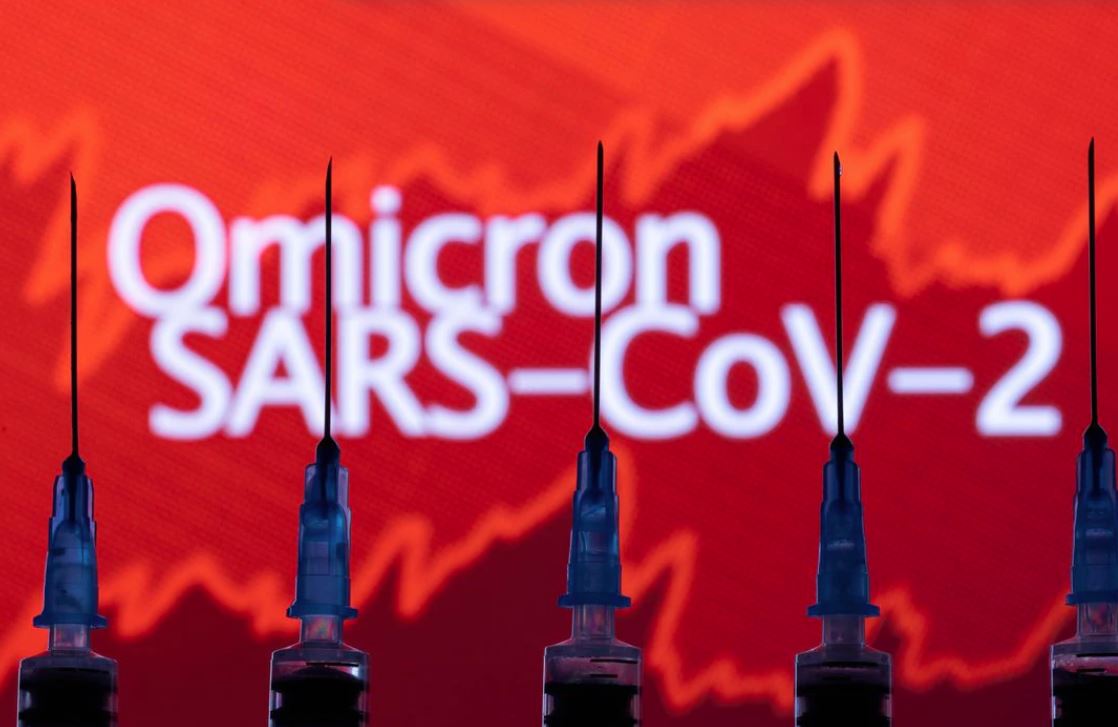 Syringes with needles are seen in front of a displayed stock graph and words "Omicron SARS-CoV-2" in this illustration taken, November 27, 2021. Reuters Illustration

BENGALURU: India reported its first two cases of the Omicron coronavirus variant on Thursday but the government said it had no immediate plan to authorise booster vaccine shots despite demands from lawmakers.

The health minister of the southern state of Karnataka, where the cases were detected, said the first person, a South African national, spent a week in India and left last Saturday after testing negative. More than 250 of his contacts have tested negative.

The second one, an Indian physician, had no recent travel history, minister Sudhakar K told reporters. Both are fully vaccinated.

Five more contacts of the doctor, who isolated himself on Nov. 23 after feeling unwell, have also tested positive and their samples were being investigated to determine the variant.

India, which suffered a record surge in infections and deaths in April and May due to the Delta variant, has fully vaccinated just 49% of its 944 million adults despite having ample supplies of domestically made shots.

About 84% have received at least one dose, while those under 18 have yet to be inoculated.

Several lawmakers urged the government on Thursday to consider boosters for healthcare workers and the vulnerable, given that states had a stockpile of nearly 230 million vaccine doses.

But health officials reiterated the priority was to fully inoculate all adults first.

"We must not deviate from our goal of administering two doses in each eligible individual," said senior health official Vinod Kumar Paul, adding there was no plan to shorten the duration between two doses of the AstraZeneca vaccine.