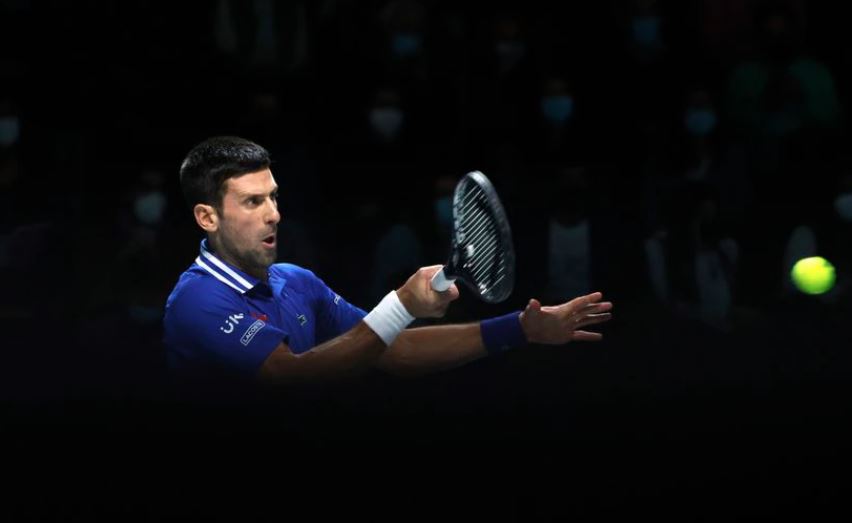 Croatia reached the Davis Cup final after Nikola Mektic and Mate Pavic beat Novak Djokovic and Filip Krajinovic 7-5 6-1 in a decisive doubles clash to give the competition's twice former winners a 2-1 win over Serbia on Friday.

The Croatians will clash in Sunday's showpiece with either Germany or the Russian Tennis Federation, who meet in the other semi-final on Saturday.

Borna Gojo fired Croatia ahead with a 4-6 6-3 6-2 win over Dusan Lajovic in the opening rubber before Djokovic redressed the balance as he brushed aside Marin Cilic 6-4 6-2.

Krajinovic's late inclusion in the crunch encounter was a surprise move by Serbia's team captain Viktor Troicki, who left out the team's only doubles specialist Nikola Cacic.

The Serbians held their own against the world number one pairing of Mektic and Pavic early on but Krajinovic faltered in the final game of the opening set, as he dropped serve when Mektic rifled a forehand down the middle.

The superior movement and volleying of Mektic and Pavic made the difference as their class showed in the second set, with the Serbian duo fizzling out after a bright start.

"It's a great win against a tough team," Pavic said after the Croatian danced in delight on the court. "We are super happy to be in the final and we're ready."

Mektic added: "Novak showed why he is the best player in the world but there are four people on the court in the doubles and we played an amazing match.

"They served really well in the first set but we took advantage of their level dropping a little bit in the second."

Gojo put Croatia in the driving seat when he beat Lajovic after a magnificent fight back gave the world number 279 his third win of this year's competition against better-ranked opponents.

The outcome proved to be crucial in the tie as Gojo overpowered world number 33 Lajovic, emerging as the ace up team captain Vedran Martic's sleeve in Croatia's run to the final.

Lajovic seemed to have gained the upper hand when he rallied to take the opening set as he battled back from 4-2 and 40-down on Gojo's serve, but the 23-year old Croatian was unfazed and turned the tide emphatically.

Gojo raced into a 3-0 lead in the second set and, having broken serve to edge ahead 4-2 after Lajovic hit back, he levelled the scores thanks to a big serve and stinging baseline shots which kept Lajovic on the back foot.

It was one-way traffic in the third set as Gojo kept up the pressure and stormed into a 4-0 lead, sparking joy amongst the Croatia fans as he wrapped up the contest with a service winner.

"The pressure in this competition is much bigger on everyone and I managed to get some big wins by playing my best tennis here, but the most important thing is that I got the points for the team," Gojo said in an on-court interview.

Djokovic then kept Serbia's hopes alive, having saved four break points in the final game of the opening set after Cilic had double-faulted to hand the world number one the initiative.

The Croatian saved a break point in the opening game of the second but Djokovic moved up a couple of gears to brush Cilic aside for his 19th successive singles win in the competition.

Having saved all eight break points he faced in the contest, as he also rifled down four aces, Djokovic sealed the victory after Cilic sent a forehand over the baseline.

But Djokovic then conceded that Serbia were always going to struggle in the decisive rubber.

"Playing the doubles is completely different to playing the singles. I don't play doubles much and we're up against the best doubles (team) in the world," he had said.

Djokovic showed no signs of fatigue against Mektic and Pavic with a thundering serve and some fine baseline shots but Serbia's challenge fell apart after they dropped the opening set.

He slammed his racket in frustration as the Croatians broke serve again in the fourth game of the second set before they raced away to spark joyous celebrations among their fans.