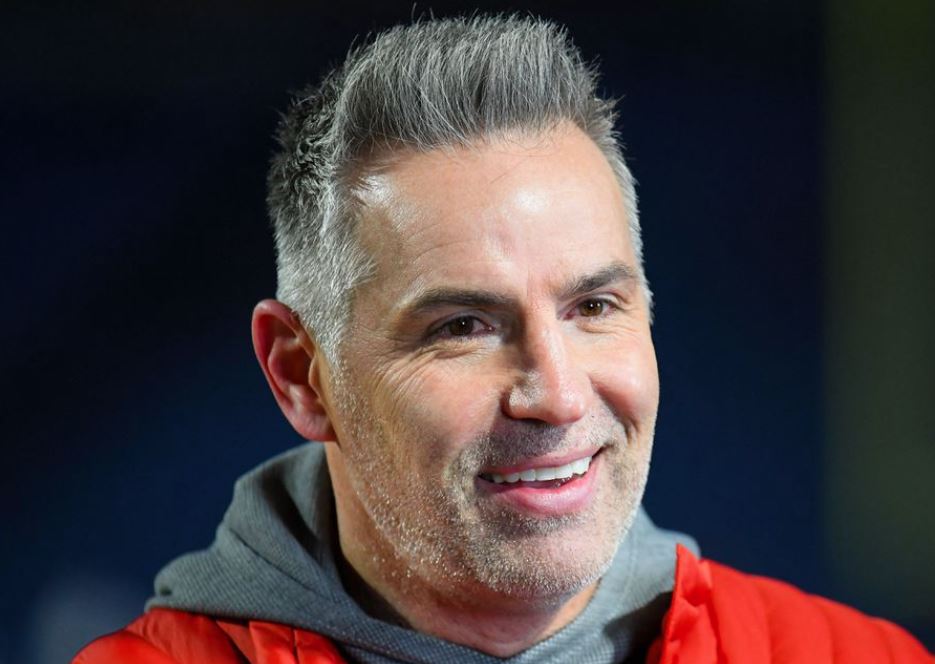 Westwood One radio analyst Kurt Warner prior to the game between the New England Patriots and the Buffalo Bills at Highmark Stadium. (Image credit: Rich Barnes-USA TODAY Sports)

Kurt Warner knew long ago that the unconventional route he took to becoming a Super Bowl champion was fit for a feel-good Hollywood script but that does not mean the former NFL quarterback never longed for a more traditional path.

Warner, whose rags-to-riches story has been turned into a film called "American Underdog" that will hit US theatres on Christmas Day, stocked shelves at an Iowa grocery store in his mid-20's after not getting picked in the 1994 NFL Draft.

With no teams willing to give him a chance, Warner turned to the Arena Football League and NFL Europe before getting a break with the NFL's St Louis Rams that opened the door to his Pro Football Hall of Fame career.

"The ironic part is for so long I wanted my story to be different. I wanted to be like these other guys that were drafted number one and had all these things go in their favour," Warner told Reuters in a video interview.

"There were so many times where I was like: Why me? Why do I have to go this route? And the beautiful part of the story is that now you look back and go 'I wouldn't want to have any other story.' My story is so unique and so different."

After a pre-season injury to starting quarterback Trent Green in 1999, Warner, who at the time was an unknown backup, took the NFL by storm as he threw three touchdown passes in each of his first three games and another five in his fourth game.

Warner's unexpected performance in place of the Rams' prized free agent acquisition landed him on the cover of Sports Illustrated alongside the caption "Who Is This Guy?"

Yet his season was just getting started. Warner led the Rams to their first playoff berth in 10 years and won the NFL's Most Valuable Player award.

The Rams then went on to win their first Super Bowl and Warner was named MVP of the title game.

Since Warner, who went on to enjoy a rebirth with an Arizona Cardinals team he led to their first Super Bowl appearance in the 2008 season, was never drafted, he never faced the same kind of pressure placed on quarterbacks taken in the first round.

Given that the highest draft picks most often belong to the worst-performing teams from the previous seasons, Warner said a rookie's inability to reach a certain level right out of the gate could have more to do with the team than the player.

"I just think sometimes we got to pump the brakes a little bit on these guys and go 'I don't know what the expectation is,'" said Warner.

"Put any (established) quarterback with some of the situations that these young quarterbacks have and tell me how good they are going to be."

Mac Jones of the New England Patriots was selected with the 15th pick of the 2021 NFL Draft, making him the lowest of the five quarterbacks taken in the first round, but has so far outperformed his fellow rookies.

Warner said quarterbacks are not defined by their first year and that Jones has enjoyed a leg up on his fellow rookies due to the Patriots spending big in free agency and his ability to process information quickly.

"If you look at these five quarterbacks there's no doubt in my mind if you ask me who processes information the fastest, I would say Mac Jones, without a doubt," said Warner.

"Who's having the most success? Mac Jones. And I don't think that's a coincidence. That's a thing that translates everywhere. If you understand what you are doing and can process information you have a chance to be successful."