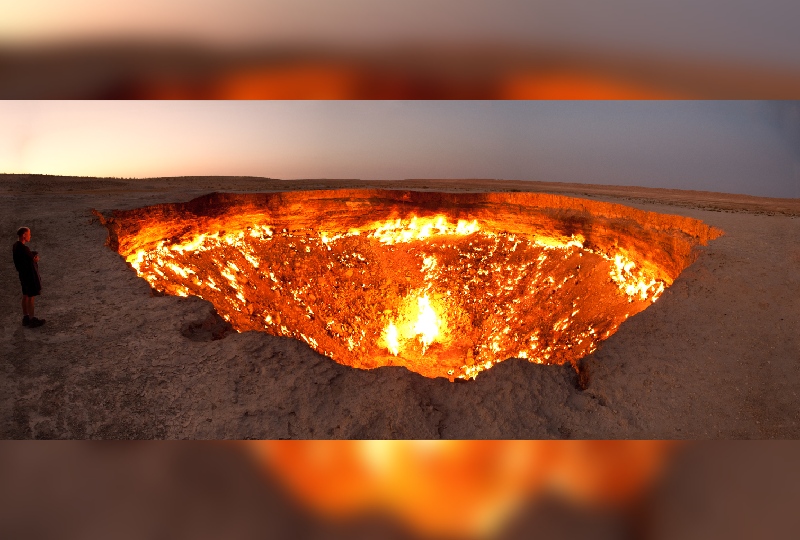 Turkmenistan President Gurbanguly Berdymukhamedov is calling to put out the country's fiery Darvaza Gas Crater popularly known as the 'Gates of Hell'.

The gas crater is located in the desert, about 260 kilometres north of the capital Ashgabat.

'Gates of Hell' has burned for decades and is a popular tourist spot for the small number of people who visit the reclusive nation.

The blazing crater is reportedly formed due to a gas-drilling collapse in 1971. The resultant crater is about 60 metres in diametre, 20 metres deep and leaks natural gas into the atmosphere.

To prevent the spread of gas, geologists set a fire, expecting the gas to burn off in a few weeks.

President Berdymukhamedov has ordered his government to find solutions to put out the fire as it is causing ecological damage and affecting the health of people living in the area, state newspaper Neitralny Turkmenistan reported Saturday.

Turkmenistan has previously attempted to douse the fiery crater in 2010 but efforts proved unsuccessful.