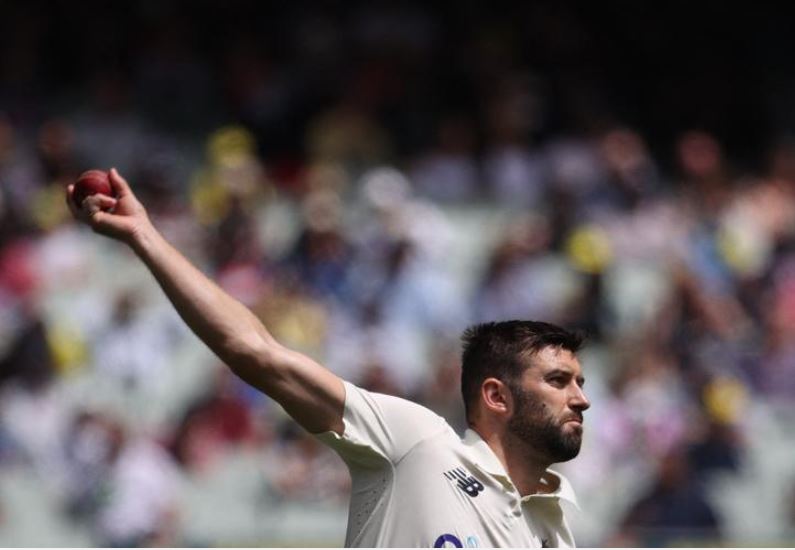 Paceman Mark Wood took five for 32 as England reduced Australia to 141 for eight at dinner on the third day of the day-night fifth Ashes test in Hobart on Sunday, giving the hosts a lead of 256 runs.

Wood made the most of seaming conditions at Bellerive Oval to remove nightwatchman Scott Boland, Steve Smith, first innings centurion Travis Head and Mitchell Starc in the opening session.

Former Australia captain Smith, the only one of the four to get into double figures with his 27, fell trying to hook a Wood bouncer but only got a top edge which fell to Dawid Malan at long leg.

Stuart Broad chipped in with the wicket of Cameron Green for 23 and England had a glimmer of the possibility of a first Ashes test win on Australian soil for 11 years.

Alex Carey was fortunate to reach the break with his wicket intact on 40 not out and will resume in the second session with his captain Pat Cummins, who was unbeaten on 12.

Carey chopped on a Chris Woakes delivery only to be called back for a no ball, and survived another scare on DRS review when given out lbw to Broad.

Cummins also had a reprieve courtesy of the technology when Wood trapped him plumb in front with a yorker only for the video to show the ball would have missed his off stump.

England are desperate for a victory after three heavy losses and a draw in the series so far, but are likely to face intimidating batting conditions under the floodlights later on Sunday.