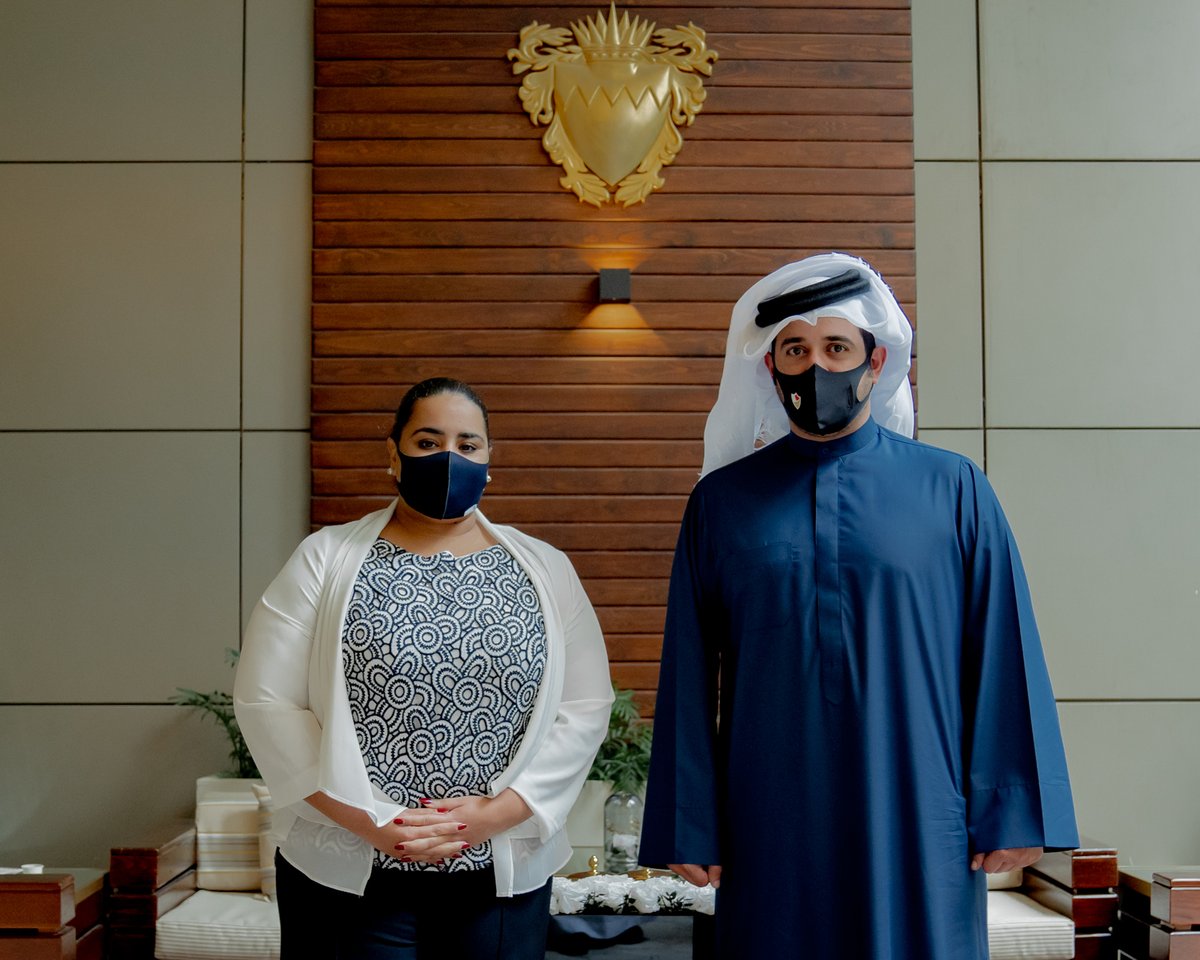 Shaikh Khalid expressed pride in Bahrain’s citizens in various fields who have proved their worth regionally and globally thanks to the constant care of His Majesty King Hamad for Bahraini youth.
He also hailed the unwavering interest of His Royal Highness Prince Salman bin Hamad Al Khalifa, the Crown Prince and Prime Minister, in investing in national cadres, through the government’s action plan, by honing the skills of nationals so as to be able to hold various posts.

Shaikh Khalid commended the efforts exerted by HM the King’s Representative for Humanitarian Work and Youth Affairs, Shaikh Nasser bin Hamad Al Khalifa, to support national competencies so as to be able to bring about more achievements to the kingdom.

He affirmed that the appointment of a Bahraini lawyer to CAS is a source of pride, noting that Bahraini cadres have earned the respect of everyone thanks to their dedication and determination, and wishing Mutaywea every success in carrying out her duties.

The lawyer thanked Shaikh Khalid noting that her appointment to the post is living proof of CAS’ confidence in Bahraini cadres.