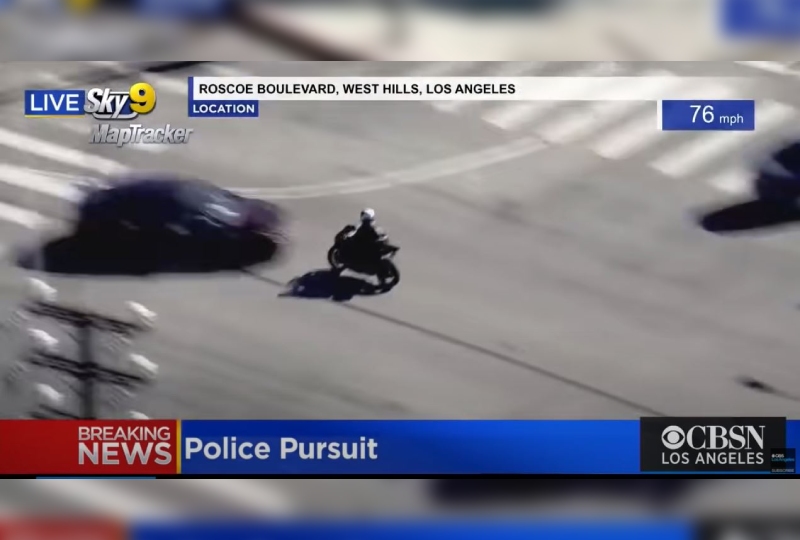 A motorcyclist speeding through Los Angeles was killed in a horrific head-on collision during a police chase.

The unnamed motorcyclist was driving at shocking speeds of 210 kmph down Roscoe Boulevard in California on Thursday after being chased by a Los Angeles Police helicopter.

The video broadcast on a local CBS news station shows the cyclist slamming head-on into a vehicle making a left turn.

According to the Los Angeles Police Department (LAPD), the motorcycle in the crash was reported stolen and an LAPD helicopter was called in to track the motorcyclist.