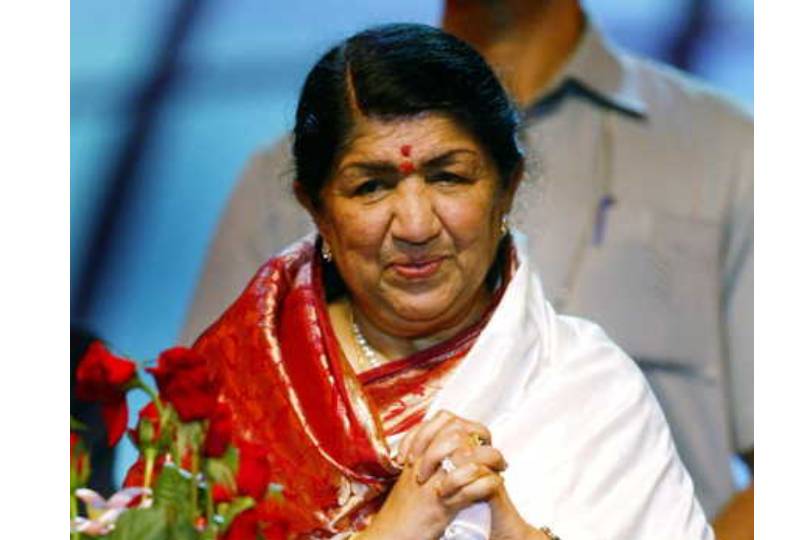 FILE IMAGE: Bollywood playback singer Lata Mangeshkar looks at a bouquet she received on her 75th birthday during a celebration in Bombay September 28, 2003. Reuters Photo

Lata Mangeshkar, one of India’s best known cultural icons and a singer who defined music for generations of her countrymen, died yesterday and was given a state funeral as politicians and personalities united in mourning.

Mangeshkar, 92, made her name in the world of Bollywood and her voice has rung out on television sets, on crackly airwaves and from movie theatres for most of independent India’s three quarters of a century, earning her the name “the Nightingale”.

“I am anguished beyond words,” Prime Minister Narendra Modi wrote on Twitter. “She leaves a void in our nation that cannot be filled.”

Modi joined mourners at a packed open air state funeral late yesterday after her body, wrapped in the Indian flag, had been paraded through the streets of her home city Mumbai on a truck decorated with flowers.

Thousands of people gathered around Shivaji Park, where she was cremated, climbing walls and trees to get a glimpse of the proceedings and pay their own respects however they could, despite police erecting barricades and restricting public entry.

The government will observe state mourning with the flag at half-mast through today, the Home Ministry said.

Mangeshkar died of “multi-organ failure after more than 28 days of hospitalisation post Covid-19”, said Pratit Samdani, who was treating her at Mumbai’s Breach Candy Hospital.

“The coming generations will remember her as a stalwart of Indian culture, whose melodious voice had an unparalleled ability to mesmerise people,” Modi wrote.