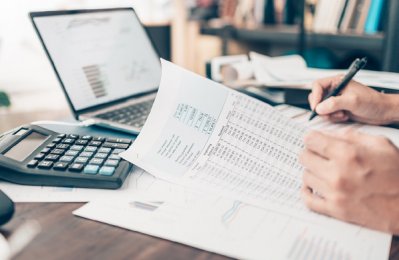 Private equity set a new standard for itself in 2021 as buyout deal value reached an all-time high of $1.1 trillion, doubling 2020’s total of $577 billion, said global consultancy Bain & Company in a new report.

The number of deals greater than $1 billion roughly doubled in 2021, with the average deal size reaching $1.1 billion, increasing 57% to pierce through the $1 billion mark for the first time, according to the company’s 13th annual Global Private Equity Report.

One reason for the sharp increase in deal value last year is the sheer volume of capital in the market. After 10 years of steady growth, dry powder set yet another record in 2021, rising to $3.4 trillion globally, with approximately $1 trillion of that sitting in buyout funds.

The opportunity to put large amounts of capital to work produced a sudden and sharp increase in public-to-private (P2P) deals, especially in North America and the Asia-Pacific region. These take-private transactions soaked up $469 billion in capital globally, a 57% one-year increase, and were largely responsible for 2021’s record-setting value total.

The last time the market produced such an increase in P2P transactions was in the run-up to the global financial crisis in 2006-07. The key differentiator of today’s P2P deals is their smaller size. Today’s P2P deals are often done by one to two buyers with deep expertise in the sector, versus the consortia of buyers required for the large deals we saw in 2006-07.

By deploying large amounts of capital quickly over the last three years, buyout firms have seen their share of M&A activity globally rise to 19%, its highest level since 2006. The push, however, has come at a cost: average buyout multiples in 2021 rose to 12.3x in North America, and 11.9x in Europe.

The increased level of pricing across the industry may also reflect the bet that more investors are making toward specialization, especially on technology-fuelled growth. One in three buyouts now involves a technology company. Continued growth in sectors such as fintech, healthcare, and business services—where outperformance is increasingly a function of technology expertise—means technology is now a key invest­ment thesis in well over half of all deal activity.

In addition to investments, exits also roared to new records, with each and every exit channel about as attractive as it could be in 2021. Overall, buyout funds unloaded $957 billion in assets globally, more than doubling a strong 2020 total and beating the five-year average by 131%. Special-purpose acquisition company (SPAC) deals were particularly notable, increasing 325% from the year before and reaching $158 billion.

“Given the high prices paid in 2021, there will inevitably be an increase in pressure on deal sponsors to deliver results this year,” said Hugh MacArthur, global head of Bain & Company’s Private Equity practice. “The chances of success are highest for firms with a long track record in a sector. To drive returns during this high-wired time, it is critical that dealmakers fully understand the microeconomics of the sector, the value creation levers available to pull, and the risks they’re underwriting.”

Private equity continued to deliver for investors in 2021. Buyout funds, on average, have generated stronger pooled net IRR than public markets, offering broader exposure, less volatility, and returns that are better over time. A full 95% of LPs surveyed by Preqin in Q4 2021 said that the performance of their PE portfolio met or exceeded their expectations in the past year, although some predict a bit of cooling in the coming year.

Fundraising rounded out the list of last year’s record-shattering metrics. Global funds raised across the full private capital spectrum hit $1.2 trillion, the highest level ever reached. Buyout funds raised $387 billion in 2021, their second-best year ever. Investor enthusiasm for private equity shows no signs of waning. Nearly 90% of LPs surveyed by Preqin in 2021 said that they expect to increase or maintain their PE allocations this year, and 95% said they will do so over the longer term.

“While the conflict in Ukraine removes one dimension of uncertainty around the global macro picture, it adds many new ones,” said MacArthur.

“Ripple effects from the Ukraine conflict will be felt far and wide. The most obvious impact will be on oil & gas supplies, which now face both political and physical risks. Amid the chaos, investors will be challenged to gain conviction around a most-likely scenario. Rather, private equity investors and their portfolio companies will need to plan for a wider-than-normal range of scenarios and watch closely as events continue to unfold.”

“With superabundance of capital, it’s no surprise that more private equity firms are specialising so that they can get an edge. That is spurring robust expansion in a variety of areas, like technology, growth equity, infrastructure, ESG. But strong market growth does not necessarily imply superior returns. In order to win, dealmakers will need a fine-grained understanding of sector dynamics, where to focus and know when to say no,” said Johanne Dessard, Vice President of Bain & Company’s Global Private Equity and Institutional Investor practices.

“After decades of steady decline in interest rates, one new factor that has emerged during the Covid-19 pandemic is inflation. Posing a real threat to just about any portfolio company,” commented Gregory Garnier, Head of Bain & Company’s Private Equity and Sovereign Wealth Fund practices in the Middle East. “One thing is clear – after developing an outsize reliance on multiple expansion to generate returns, GPs and LPs will now need inflation playbook to protect their future margin.”

This year’s Global Private Equity Report explores key themes to watch in 2022, including pressures on ESG (Environment Social and Governance) metrics, a shift toward dealmaking in Asia, and the growing challenge of inflation.

The report also examines the impact of the rising volume in growth equity assets under management, the increasing importance of sector specialization, and best practices in technology due diligence.- TradeArabia News Service