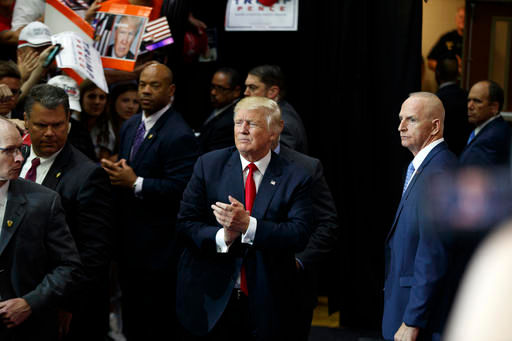 Mechanicsburg, Pennsylvania:  On the campaign stump Donald Trump has opened August by moving from 'crooked Hillary' to 'the devil.'

Trump said of Sanders: "He made a deal with the devil. She's the devil."

Trump in recent days has taken to categorising the the Clinton-Sanders understanding as a "deal with the devil" but this was the first time that he went so far as to specifically equate Clinton with Lucifer.

Trump's supporters packed a Mechanicsburg, Pennsylvania high school gymnasium and thousands more were left outside or forced to watch in a spillover room.