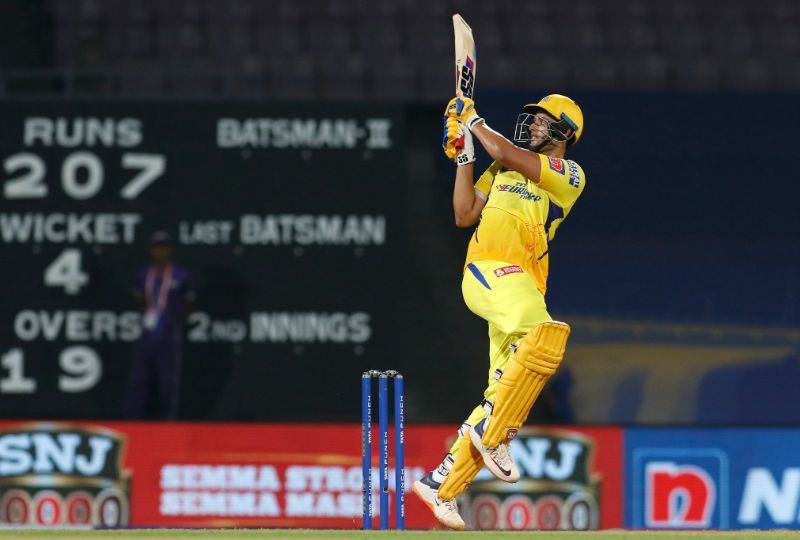 Chennai's title defence looked in tatters after four successive defeats under new captain Ravindra Jadeja but Dube's 95 not out off 46 balls fired them to 216-4 against Bangalore.

The left-hander combined with Robin Uthappa (88) to plunder 165 runs off 74 balls for the third wicket to set up their 23-run victory.

Dube's clean ball striking, which he illustrated with eight sixes, earned him the Man-of-the-Match award as well as comparisons with Yuvraj.

"We were looking for our first win and it's really an honour for me to be able to contribute to this win," the 28-year-old said after their win at Mumbai's DY Patil Stadium.

"He is a role model for most left-handers," Dube said of Yuvraj.

He also thanked senior team mate Mahendra Singh Dhoni for his help in improving his batting.

"I spoke to several senior players. He told me to maintain my focus and let my skill work."

Jadeja, who was out for a duck, heaved a sigh of relief after the win.

"The batting unit did a good job," the all-rounder said.

"Robin and Shivam batted brilliantly and the bowlers did their job."

Jadeja said he had also sought advice from senior players and was working to become a better captain.

"I am still learning and each game I'll try to get better," he added.

"We have plenty of experience in the dressing room. It comes into play. We don't panic early and try to keep calm and back ourselves."