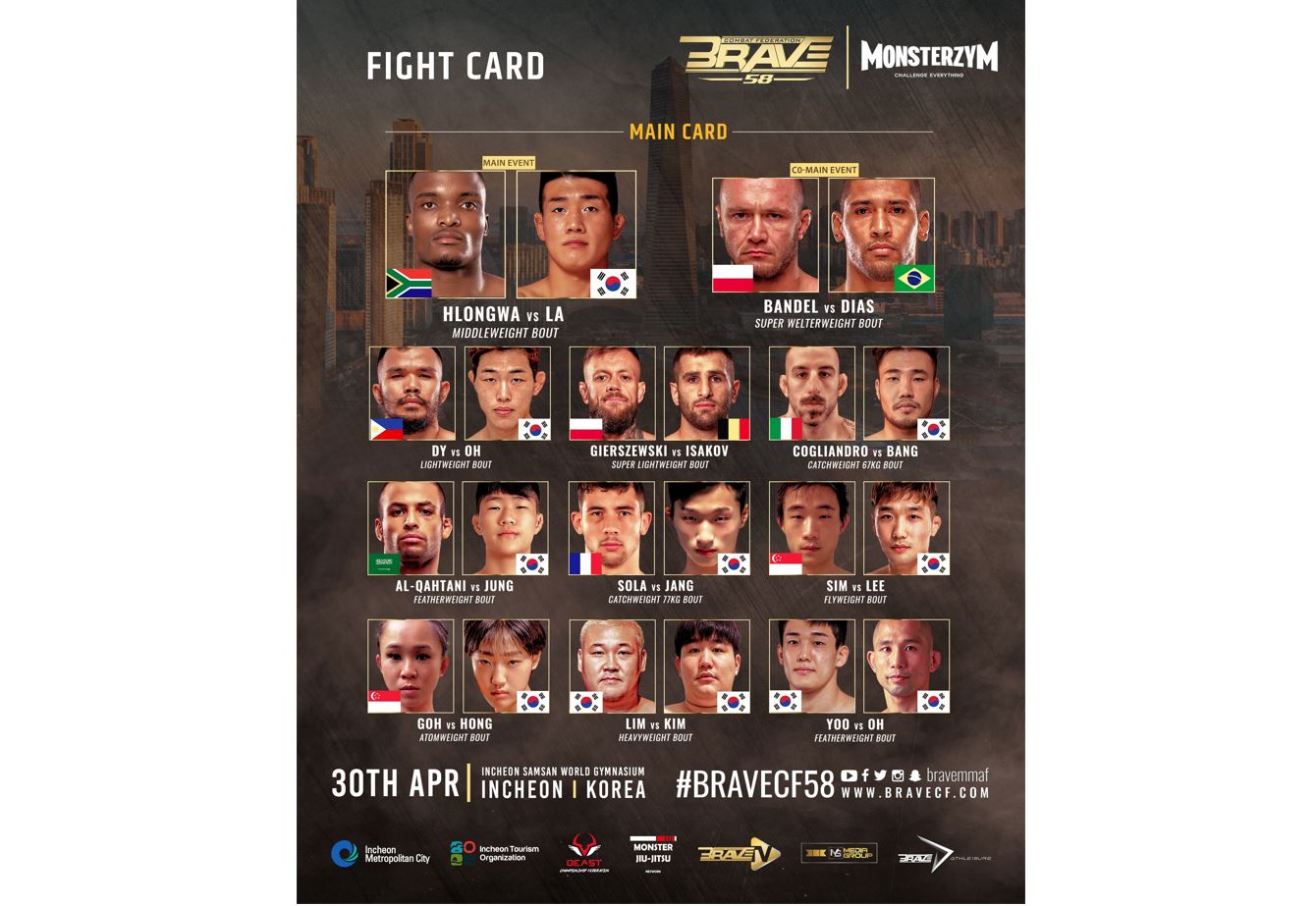 BRAVE Combat Federation’s first show in East Asia is promising to be an international affair. With a very diversified fight card, BRAVE CF 58, which takes place in Incheon, South Korea, on Saturday, has begun to welcome its first fighters to the city.

The event is expected to feature athletes from 10 countries and most of them have touched down in South Korea ahead of fight night. BRAVE CF 58 will have shows from: South Korea, South Africa, Poland, Brazil, Philippines, Belgium, Italy, Saudi Arabia, France, and Singapore.

The likes of Brazil’s Luis Felipe Dias have already made their way to Incheon and are eager to put on a show for the fans around the world as he looks to make a winning debut against Poland’s Marcin Bandel.

“I just touched down in Korea and I’m having fun already. I look forward to a very good week and a huge victory for my BRAVE CF debut on Saturday.”

BRAVE CF 58 will turn South Korea into the 26th country to host an event and the 11th overall Asian country, as well as the first East Asia country to welcome the fastest-growing MMA organisation in the world.

The show is headlined by a pivotal middleweight bout between South African star Mzwandile Hlongwa and local stand-out In Jae La, with the likes of Maciej Gierszewski, Gillian Goh, and Axel Sola also in action.