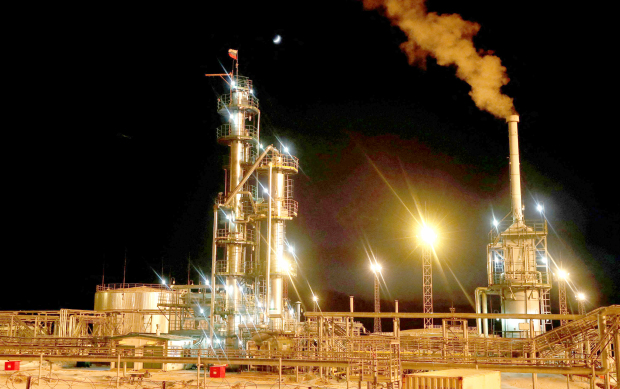 BRUSSELS: The European Union was preparing sanctions on Russian oil yesterday, with possible exemptions for wary countries, and warned that complying in full with Moscow’s proposed scheme to receive gas payments in roubles would breach existing EU sanctions.

The European Commission is expected to propose a sixth package of EU sanctions this week against Russia over its invasion of Ukraine, including a potential embargo on buying Russian oil – a measure that would deprive Moscow of a large revenue stream, but that has so far divided EU countries.

Russia supplies 40 per cent of EU gas and 26pc of its oil imports.

To keep the 27-nation bloc united, the Commission may offer Hungary and Slovakia an exemption or a long transition period - with any overall ban likely to be phased in by the year-end, officials said yesterday.

Both Hungary and Slovakia are heavily dependent on Russian crude. Hungary has said it would oppose energy sanctions.

Resistance from other countries to an oil embargo appeared to be fading ahead of a meeting on Wednesday when ambassadors from EU countries will discuss the proposed sanctions.

“We have managed to reach a situation where Germany is able to bear an oil embargo,” German economy minister Robert Habeck said yesterday. “This means it won’t be without consequences.”

Austrian climate and energy minister Leonore Gewessler said Vienna would agree to oil sanctions if other countries did.

EU countries have paid more than 47 billion euros ($47.43bn) to Russia for gas and oil since it invaded Ukraine on Feb. 24, according to research organisation the Centre for Research on Energy and Clean Air.

At a meeting of EU energy ministers yesterday, the bloc sought to clarify its stance on Russia’s demand that countries effectively pay for gas in roubles, or face losing their supply.

Russia cut gas supply to Bulgaria and Poland last week for refusing to comply with its payment scheme, raising fears that other countries could be next.

The Commission yesterday said complying with Russia’s proposed scheme in full would breach existing EU sanctions against Russia over its invasion of Ukraine, but promised more detailed guidance on what companies can and cannot legally do.

“Paying roubles through the conversion mechanism managed by the Russian public authorities and a second dedicated account in Gazprombank is a violation of the sanctions and cannot be accepted,” EU energy commissioner Kadri Simson told a news conference after the ministers’ meeting.

Moscow has said foreign gas buyers must deposit euros or dollars into an account at privately owned Russian bank Gazprombank, which would convert them into roubles.

Many European companies face payment deadlines this month and are seeking clarity on whether they can legally pay, after Brussels last month said complying with the scheme could breach EU sanctions, but also suggested countries could make sanctions-compliant payments if they declare the payment complete once it has been made in euros and before its conversion into roubles.

Russia’s decree said a buyer’s obligation would be deemed complete only after the foreign currency was converted to roubles.

European capitals have split over whether to engage with the mechanism at all, as the EU struggles to forge a united response.

Poland and Bulgaria refused to use the Russian scheme before Moscow cut their gas supply, and Warsaw yesterday said it was not acceptable for countries to engage with Russia’s mechanism.

Germany last week echoed the Commission’s suggested workaround to allow companies to pay and Hungary said it would send euros to Gazprombank for conversion into roubles.

An immediate cut-off of Russian gas would tip countries including Germany into recession and require emergency measures such as factory closures to cope, according to analysts.