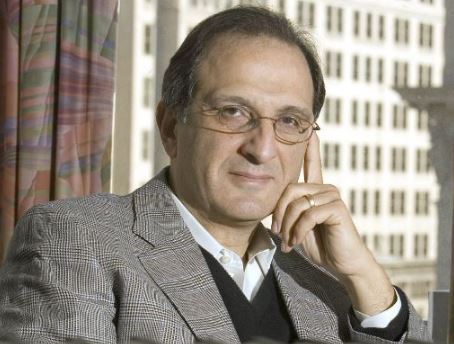 Significant realignments are taking place across the globe. Old alliances appear to be experiencing stress or outright fractures, while new ones are emerging.

Media commentary on these developments too often takes a microscopic view, focusing on individual conflicts or shifting alliances without historical context.

Taking a step back, we see that the last century has been characterised by dizzying twists and turns of nations and power blocs from the end of the First World War to the present day.

Today’s realignment is just another reordering of nations based on evolving priorities and changing realities.

A look at the last century is instructive.

The First World War concluded with Western Europe as an ascendant power bloc. At the 1920 San Remo Conference, these nations arrogantly divided up amongst themselves the “spoils” of that war, consolidating their control over much of Asia, Africa and the Middle East.

While dubbed “the war to end all wars”, three factors contributed to unravelling the post WWI order: The punishing hardships imposed on Germany fuelled a backlash leading to an aggressive, racist regime bent on revenge; the Communist revolution beginning in Russia; and the rapid growth of industrial Japan which sought greater influence in the Pacific.

The end of the Second World War left the former Western European powers in a weakened state, dependent on American largesse. With its decisive victories over Nazi Germany and Japan, the US emerged as leader of the West.

Meanwhile, Soviet Russia moved quickly to consolidate its control over the countries in Eastern Europe that had been ravaged by Nazi Germany. As the colonial empires of the West were crumbling, their demise was hastened by Soviet support for “national liberation movements” which in a few decades led to the independence of nations across Africa and Asia.

From the 1950s through the 1980s, the world order was dominated by these two hegemons – the US and the USSR. When the Soviet Union collapsed at the end of the 1980s, the US emerged as the world’s dominant force until American hubris led to its unravelling.

The Bush administration’s decision to invade and occupy Afghanistan and Iraq to demonstrate American power and usher in an expansion of “pro-US liberal democracies” produced the opposite result.

Instead of securing “an American century” and consolidating America’s hegemonic role in the “new world order”, those wars left the US exhausted and demoralised, and bred resentment of American arrogance, fuelled extremist movements, and emboldened regional and global powers to extend their influence in defence of their own interests.

The US withdrawal from Afghanistan and Russia’s invasion of Ukraine have revealed new contours in the changing world order. While the US and some of its allies have imposed sanctions on Russia, that country has countered by demanding that its fuel and grain exports be traded in roubles, bolstering their value. And many nations, including some American allies, have not agreed to the sanctions on Russia.

While the US and Russia exhaust themselves and deplete their political capital in wars they can’t win, another critical development unfolds.

After decades of exporting American industry, jobs and technology to China, that country has slowly become an economic giant.

While America struggles to impose itself where its influence is waning, China has made major investments in these same countries in Asia, the Pacific, Africa and the Western Hemisphere.

China, once a “sleeping giant”, has quietly and non-confrontationally emerged as an influential pole in the still-forming new world order.

Everywhere we look, new alliances are forming in recognition of rapidly changing power dynamics. Countries that once relied on the US for security and investment have formed new blocs, pursuing their own national interests.

The US and its Western allies still have enormous power; it would be foolish to count them out. But clearly the game that is unfolding isn’t the same as it was 20 years ago. A new order is emerging, and what it will look like 20 years from now is uncertain.

This shouldn’t be surprising as any review of the past century’s twists and turns makes clear that despite the ethnocentric or ideological hubris of those who, at different times, have dominated, change is the one constant.