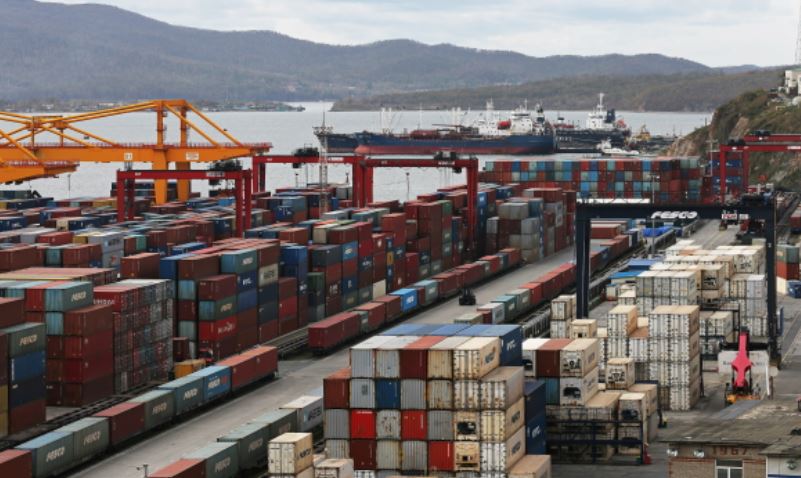 Shipments to Russia fell 25.9% in April from a year earlier in dollar terms, worsening from a 7.7% decline the previous month, according to Reuters calculations based on customs data on Monday.

Imports from Russia, however, surged 56.6% in April, compared with an increase of 26.4% in March.

Russia is a major source of oil, gas, coal and agricultural commodities for China.

In January-February, China's exports to Russia and imports from it rose 41.5% and 35.8%, respectively.

Russia invaded Ukraine on Feb. 24, an intervention Moscow described as a "special military operation" designed to demilitarise and "denazify" its southern neighbour.

Ukrainian forces have mounted stiff resistance and Western countries and their allies have imposed sweeping sanctions on Russia in an effort to force it to withdraw its forces.

China has declined to call Russia's action an invasion and has repeatedly said its trade with Russia remains normal.

However, some Chinese firms are suspending sales in Russia. Drone giant DJI Technology Co said it would temporarily suspend business in Russia and Ukraine to ensure its products are not used in combat.

China's commerce ministry has noted that some foreign companies have forced their Chinese partners to pick a side in the Ukraine conflict, adding that Chinese firms and individuals cannot succumb to outside pressure and publicise improper comments.

China will take necessary measures to safeguard the interests of its firms, it added.