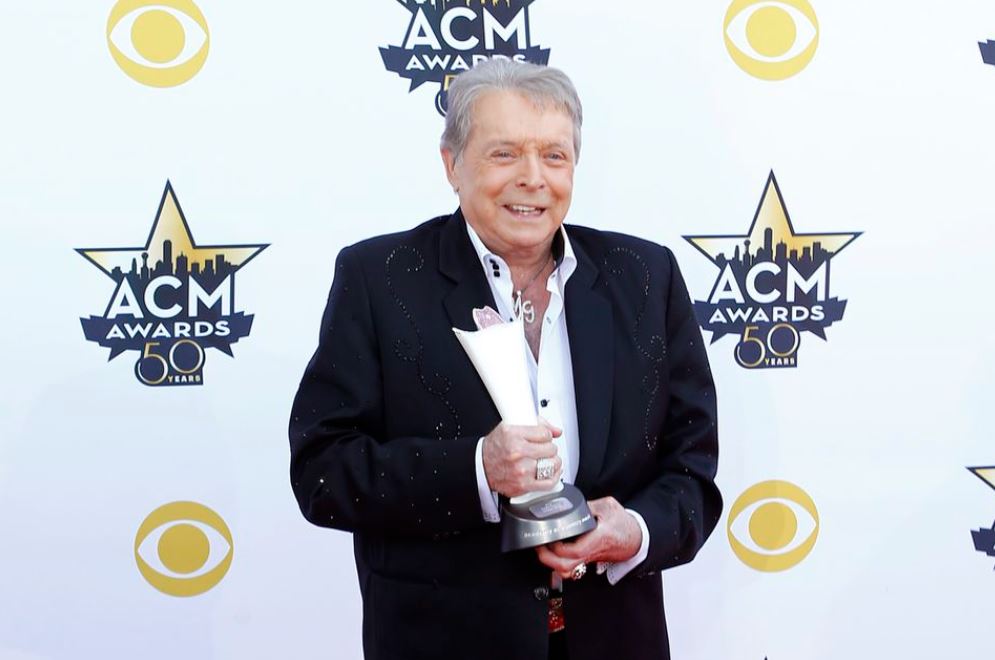 Country singer Mickey Gilley, whose namesake Texas-sized honky-tonk bar was the birthplace of the 'Urban Cowboy' music and fashion fads of the 1980s, died at age 86 in Branson, Missouri, his Facebook page announced on Saturday.

Gilley, a first cousin of both rock 'n' roll pioneer Jerry Lee Lewis and television evangelist Jimmy Swaggart, "had just come off the road ... having played 10 shows in April," his Facebook page said.

An employee at the Mickey Gilley Theatre in Branson confirmed he had died but did not know the cause of death.

Gilley's country hits included up-tempo honky-tonk songs such as 'Don't the Girls All Get Prettier at Closing Time' and 'The Power of Positive Drinkin' and ballads like 'A Headache Tomorrow (Or a Heartache Tonight).'

But he was best known as owner of the bar that inspired 'Urban Cowboy,' the 1980 film starring John Travolta who danced with Debra Winger and rode a mechanical bull that bucked and tried to throw him off.

A native of Natchez, Mississippi, Gilley grew up in Ferriday, Louisiana, son of Arthur Fillmore Gilley and Irene (Lewis) Gilley, who taught him to play piano.

He moved to the Houston, Texas, area, where he worked day jobs and sang and played piano in bars at night.

In 1970 he and a partner opened a nightclub in the blue-collar Houston suburb of Pasadena and named it Gilley's.

It was a cavernous place with a corrugated-metal roof and concrete floors, open from 10am until 2am. As it became popular, capacity crowds came out to see Gilley sing and play piano, as well as catch the biggest names in country music perform there.

In its heyday Gilley's had a 6,000-person capacity, a rodeo arena, a recording studio and a thriving souvenir business.

It billed itself as the world's biggest honky tonk and also featured the mechanical bucking bull on which cowboys, cowgirls and wannabes could test their rodeo skills.

The mechanical bull, known as El Toro, was an integral part of the 'Urban Cowboy' movie that made Gilley's known around the world and one of the Houston area's top tourist attractions.

"It was, quite simply, the most Texan of them all, the biggest, brawlingest, loudest, dancingest, craziest joint of its kind ever," author Bob Claypool wrote in 'Saturday Night at Gilley's.'

'Urban Cowboy' made Gilley's seem like a mythical place and helped set off a surge in the popularity of country music, as well as a fashion trend.

Big Western hats, snap-button shirts and boots began to appear not just on the streets of Houston and Dallas but New York, San Francisco and Chicago.

Gilley had a cameo appearance in the movie and had two songs - 'Here Comes the Hurt Again' and 'Stand by Me' - on its successful soundtrack album.

He later appeared in television shows such as 'Murder She Wrote,' 'Fantasy Island' and 'The Dukes of Hazzard.'

His other hit songs included 'Roomful of Roses,' 'I'm the One Mama Warned You About' and 'Your Memory Ain't What It Used to Be.'

In 2009, Gilley was partially paralysed when he hurt his back in a fall while helping a friend move furniture. After therapy he returned to singing in Branson but was unable to play the piano.

Gilley was married twice and had four children.