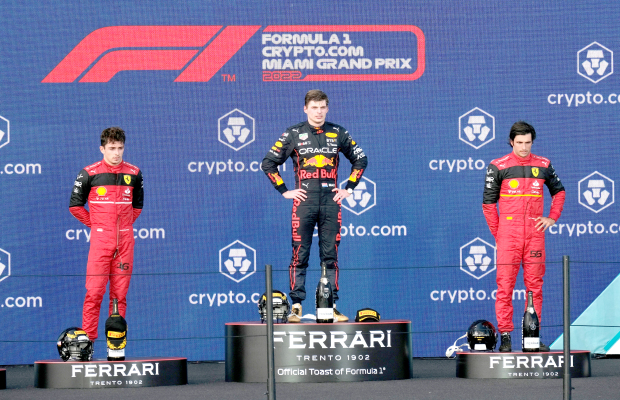 Analysis of all the glamour of the Miami Grand Prix, brought to you by Bahrain International Circuit

For anyone watching the buildup to the Miami Grand Prix, it’s almost unimaginable to think that just twelve months ago the circuit was nothing more than a nondescript car park surrounding the Hard Rock Stadium, home of the Miami Dolphins.

Fast forward to race weekend and the venue was a spectacle to match the venue’s ambition to become what many were calling the ‘Super Bowl of F1’. The facilities were spectacular, from vast hospitality areas including some with their own swimming pools complete with mermaids, packed grandstands and even a beach with a marina (albeit with plastic replacing the water), all encapsulating the Miami beach vibe.

And then, there were the celebrities. There were scores of them. It was more than just the hottest ticket in town, it was simply the place to be for anyone with a passing interest in the sport. This all meant that the hype for the inaugural GP in Miami was like nothing seen before and the drivers, teams and fans were reveling in it.

As for the track itself, it features 19 corners, with three straights and three DRS zones. There is also a particularly tight section around turn 11 to 16, which many drivers struggled with over the weekend. It had many merits of a street circuit, with few run off areas, a lot of racing close to walls and, rather like Baku or Monaco, driver errors would be punished severely.

In qualifying, it was the two Ferraris which locked up the front row, after Verstappen made an error on his last run, leaving him in third. Yet again, it felt like this would be another Ferrari vs Red Bull battle, with Red Bull having the faster straight line speed, and Ferrari quicker round the corners. Perez started fourth, but there was little in it between the top four with just 0.2 seconds separating them. Bottas, who qualified fifth, was a full half-a-second further back, again showing the gulf between the front four and the rest.

As expected, race day delivered an electric atmosphere and, despite the threat of rain, the weather remained hot, offering a real physical challenge for the drivers. Once the lights went out, Verstappen managed to take Sainz at turn one and kept in close touch with Leclerc at the front. It didn’t take him long to hunt down and overtake the Ferrari and was heading for what seemed to be a comfortable victory, establishing a seven-second gap through the middle of the race.

As ever with these street circuits, a safety car is never far away and, perhaps, the only surprise is that we had to wait until lap 40 for Bernd Mayländer to be called into action. That bunched up the field, offering a glimmer of hope to Leclerc.

Despite his best efforts, Verstappen held strong to take his second consecutive win of the season. The two Ferrari’s completed the podium, with Perez, who was suffering some power loss towards the end of the race, managing fourth.

Elsewhere, George Russell yet again finished in the top five (the only driver to do so every race this season), as his strategy to stay out longer on his first stint paid dividends with the timing of the safety car. Hamilton ended up just behind him in sixth. Whilst, on paper, this was an improvement for Mercedes, the team still believes they have a long way to go before they are genuinely competitive again. Put simply, a team which has won the last eight constructors championship are clearly not in the business of turning up to race weekends for a midfield finish.

Overall, this race was a phenomenal success for the sport and the organisers and one would suspect that this race will be looked back on as the moment when F1 properly broke into the US market. Growing the fan base of F1 in the US has been a major priority in recent years and it certainly seems that under Liberty Media, meaningful success has now been achieved.

Previous attempts have had mixed results, but there can be no doubt that F1 in the US hasn’t just arrived, it’s embracing and engaging a whole new and vastly substantial fan base. This addition of Miami, combined with the continued success of Austin and, not forgetting the not-so-small matter of F1 returning to Vegas next year, offers an incredibly exciting future. This will have long-term benefits for the sport not just in the US, but will resonate across the world in helping to grow the sport. These are exciting times for everyone in and around F1.