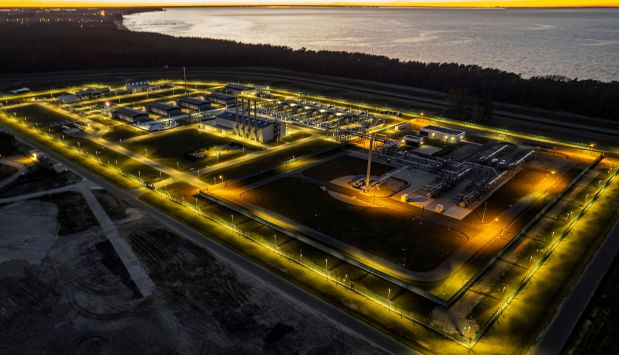 An abrupt halt of Russian gas exports could see economies in emerging Europe, central Asia and north Africa slide back to pre-pandemic GDP levels, the European Bank for Reconstruction and Development warned on Tuesday.

Many countries in the EBRD's region of operation, which covers some 40 economies stretching from Mongolia to Slovenia and Tunisia, depend on Russian gas and a sudden ceasing of supplies would lower output per capita by 2.3% this year and 2% in 2023, according to the lender's latest report.

"Europe is discussing to stop purchases of hydrocarbons from Russia," chief economist Beata Javorcik told Reuters. "There is also the possibility that Russia would stop supplying its gas."

The lender estimates that economies across its region grew 6.7% last year following a 2.5% contraction in 2020, when COVID roiled the global economy and financial markets.

But Moscow has already shut off gas flows to Poland and Bulgaria, and markets are focused on the impact of an EU embargo on Russian oil as well as how gas will be paid for by deadlines later this month via a Russian payment mechanisms.

Ceasing gas flows would deal the biggest blow to EU member economies with both significant gas imports from Russia and a large dependence on gas in their energy mix, such as the Czech Republic, Hungary and Slovakia, the EBRD warned.

A sudden stop is not the EBRD's base case scenario, which assumes for its calculations a continued delivery of gas. Though even then, expansion is now expected to be more sluggish than the lender estimated in March, with growth forecasts trimmed to 1.1% from 1.7%, chiefly due to a larger-than-previously-expected contraction in Ukraine.

EBRD economists also cut their 2023 outlook to 4.7% from the 5% estimate in March, citing price pressures.

"Recent increases in food and energy prices added to inflationary pressures, which were already high owing to the rebound in global demand as COVID-19 restrictions were being phased out," the report found.

Runaway inflation has heaped pressure on poorer economies such as North Macedonia, Morocco, Egypt and Jordan, where food represents more than 25% of the consumer price index. Average inflation in the EBRD regions reached 11.9% in March 2022, approaching levels last seen at end-2008.

Ukraine's GDP was forecast to contract 30% in 2022 instead of a 20% annual decline expected two months ago.

Russia's economy is expected to shrink 10% and stagnate in 2023.

"Nine years of growth would be wiped out," Javorcik added, as she emphasised that the major impact of sanctions on Russia over Ukraine will be seen in the medium and long terms.

"Russia is being cut off from the global knowledge pool, and that is the biggest cost."

Moscow calls its actions in Ukraine a "special operation". It casts the war as a battle against dangerous "Nazi"-inspired nationalists in Ukraine - an allegation Kyiv and its allies say is nonsense.

Growth for Turkey, the single biggest recipient country of EBRD funds, is set to "remain muted" at 2% in 2022 and 3.5% next year, partially due to government spending ahead of a June 2023 national election.