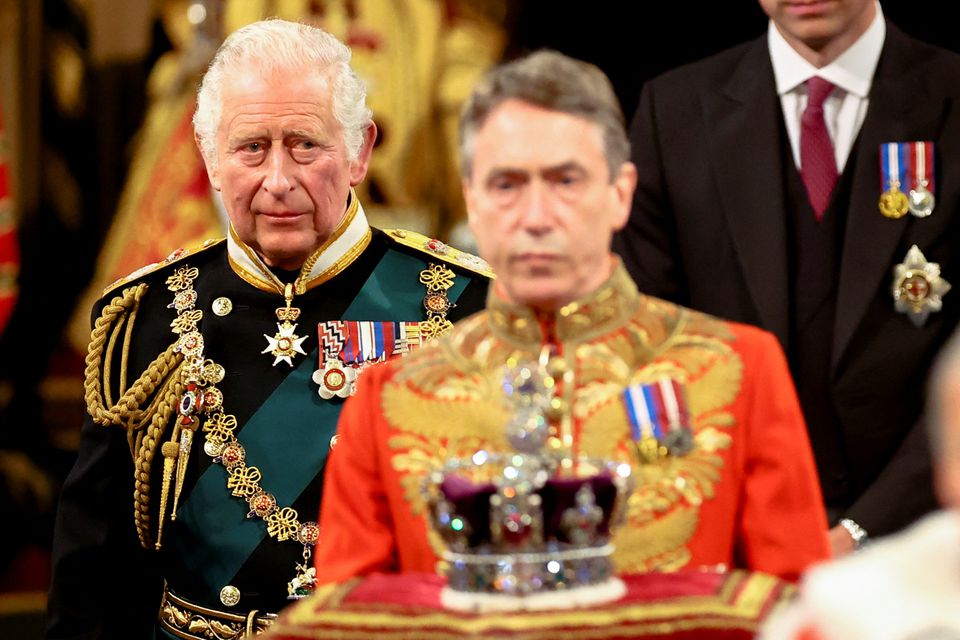 Britain's Prince Charles proceeds behind the Imperial State Crown through the Royal Gallery for the State Opening of Parliament at the Palace of Westminster in London, Britain, May 10, 2022. REUTERS/Hannah McKay/Pool

Britain’s heir-to-the-throne Prince Charles and Prince William took centre stage amid the pomp and pageantry of the opening of parliament yesterday, replacing the 96-year-old Queen Elizabeth who missed the grand set-piece event with health issues.

With the queen forced to withdraw for the first time in almost 60 years, Charles stepped in to read out the government’s legislative agenda at the Palace of Westminster, the first time he has taken on such a major constitutional duty.

The queen, the world’s oldest and longest-reigning monarch, has been absent from nearly all high-profile public events in recent months. She was forced to miss the speech due to a recurrence of mobility issues.

Charles, who had attended the opening of parliament alongside his mother in recent years, wore an admiral’s uniform to read out the agenda from a throne. While the queen would announce “My Government will,” Prince Charles said “Her majesty’s government will...”.

Charles, seated beside the queen’s crown and flanked by his eldest son William and his wife Camilla, delivered the speech to legislators and lords dressed in red ceremonial robes.

The queen has only missed the occasion twice during her 70-year reign – in 1959, and 1963, when she was pregnant with sons Andrew and Edward.