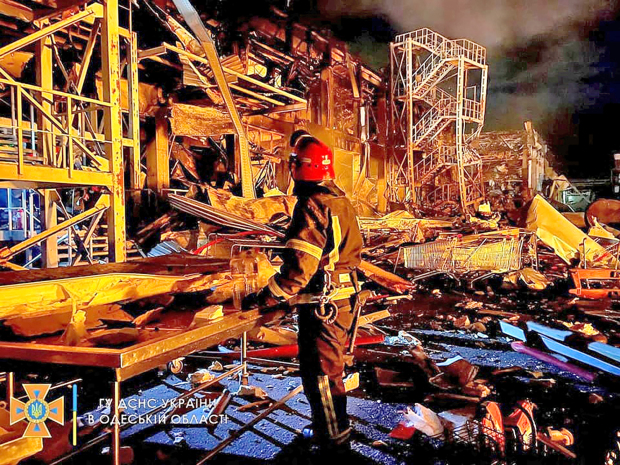 KHARKIV: Ukraine said yesterday its forces had recaptured villages from Russian troops north and northeast of Kharkiv, pressing a counter-offensive that could signal a shift in the war’s momentum and jeopardise Russia’s main advance.

Defence Ministry adviser Yuriy Saks said the Ukrainian successes were pushing Russian forces out of range of Kharkiv, located in the northeast, which has been under perpetual bombardment since the war began.

“The military operations of the Ukrainian armed forces around Kharkiv, especially north and northeast of Kharkiv, are sort of a success story,” Saks said. “The Ukrainian army was able to push these war criminals to a line beyond the reach of their artillery.”

In Washington, top US intelligence officials said the war was at a stalemate. President Vladimir Putin appeared to be preparing for a long conflict, and a Russian victory in the Ukraine’s eastern Donbas region might not end the war, Director of National Intelligence Avril Haines said.

But the counterattack near Kharkiv could signal a new phase, with Ukraine now going on the offensive after weeks in which Russia mounted a massive assault without making a breakthrough.

By pushing back Russian forces who had occupied the outskirts of Kharkiv since the start of the invasion, the Ukrainians are moving into striking distance of the rear supply lines sustaining the main Russian attack force further south.

“Ukrainians are getting close to the Russian border. So all the gains that the Russians made in the early days in the northeast of Ukraine are increasingly slipping away,” said Neil Melvin of the RUSI think-tank in London.

Since Russia was forced to abandon an assault on the capital Kyiv at the end of March, its main force has been trying to encircle Ukrainian troops in the Donbas, using the city of Izyum south of Kharkiv as a base. Ukrainian troops have so far mostly held out against assaults from three directions.

But by pushing back near Kharkiv, Ukraine could now force Moscow to switch to trying to defend its own long supply lines to Izyum.