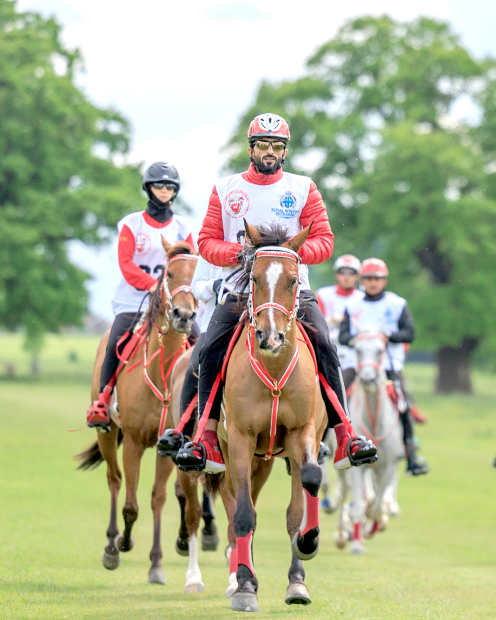 Shaikh Nasser will spearhead the Royal Endurance Team riders in the 160km race that will be held for the first time in the championship. The team will also take part in other races, including the 120km race for the public, the 120km race for juniors and the 100km race.

Shaikh Nasser said that the championship is one of the most important annual competitions in which the Royal Endurance Team participates, highlighting the fierce competition it features.

“We are eyeing top places in this edition and are also trying to meet the objectives we have set out for participating in this event. Achieving positive results will confirm the high position of Bahraini endurance sport and its development with the support of His Majesty. We have reached these levels in this sport thanks to the interest and follow-up of His Royal Highness Prince Salman bin Hamad Al Khalifa, Crown Prince and Prime Minister.”