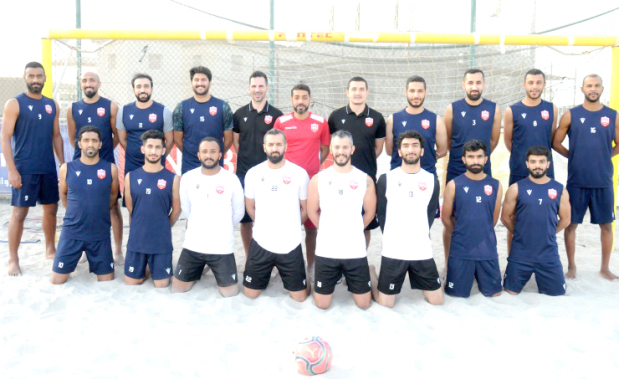 The Bahrain national beach soccer team have left for Jizan, Saudi Arabia, to participate in the West Asian Beach Soccer Federation Championship, which will be held from Monday to May 21.

The Bahrain national team have been drawn in Group B along with hosts Saudi Arabia and Palestine. Their first group match will be against Palestineat on Tuesday 6.30pm. They play Saudi Arabia on Wednesday, at 8pm.

Bahrain players held an outdoor camp in Oman during the last week of Ramadan, playing three friendly matches against their Omani counterparts.