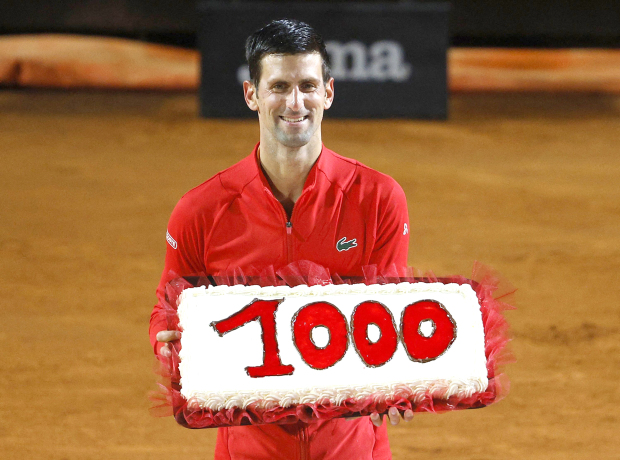 Djokovic will face Stefanos Tsitsipas in the title clash today, with the Serbian playing in the final in Rome for the fourth straight time and 12th overall.

It will be a repeat of last year’s French Open final, which Djokovic won after fighting back from two sets down.

The 34-year-old is only the fifth man in the Open Era to reach the 1,000 wins milestone after Jimmy Connors, Roger Federer, Ivan Lendl and Rafa Nadal.