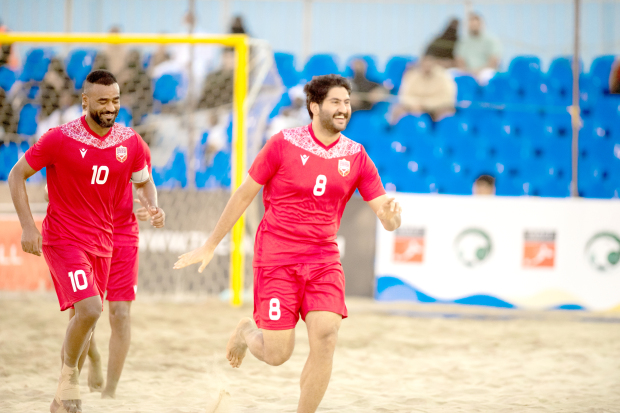 Mehran Maatooq scored a hat-trick for Bahrain while Salman Salim netted one goal in the Group B match.

The semi-finalists from the group will be decided today after Bahrain’s match against Saudi Arabia, starting at 8pm.

Saudi Arabia had earlier lost their opening match 6-4 to Palestine.