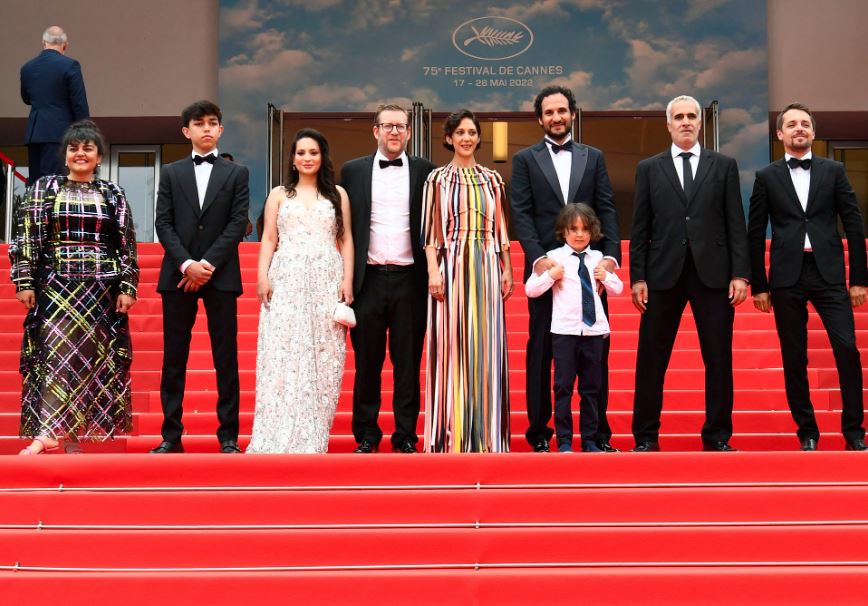 Screening of the film "Holy Spider" in competition. Cannes, France, May 22, 2022. Reuters Photo

PARIS - Iranian director Ali Abbasi premiered “Holy Spider” at the Cannes Film Festival on Sunday, the tale of a serial killer in the holy city Mashhad — based on a true story — dubbing the genre “Persian noir”.

“This is a film noir. This is a Persian noir,” Abbasi told Reuters.

The movie takes viewers to the outskirts of the Iranian city, where serial killer Saeed Hanaei, played by Mehdi Bajestani, hunts down immoral women in what he sees as a cleansing mission.

The movie shows a society that is unforgiving to those who deviate from its rules. When the real life “spider killer” was caught in 2001, he found support for his argument that he was stamping out what he called moral corruption, although he was convicted and executed the following year.

“I'm talking about a real case – we didn't know… would he be convicted? Would he be punished?” said Abbasi.

The movie, distributed by Metropolitan Filmexport, is one of 21 films vying for the festival’s top prize, the Palme d’Or. Abbasi won the Cannes prize in the "Un Certain Regard", category in 2018 with “Border."