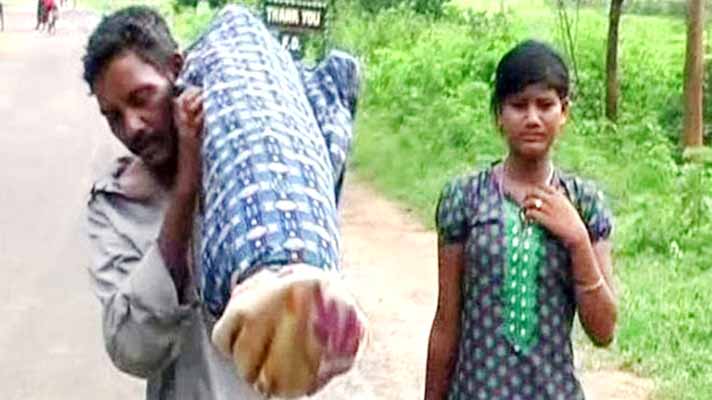 Manama: The Premier has helped an impoverished man in India, after being deeply touched by an article in our sister paper Akhbar Al Khaleej.

His Royal Highness Prime Minister Prince Khalifa bin Salman Al Khalifa read about the man, who carried his wife’s body for 12km after the hospital where she died allegedly failed to provide an ambulance for her to be sent back to their village.

The GDN learned exclusively yesterday that the Premier was so upset by the news that he felt he had to do something to help.

He could not just stand by and do nothing about such suffering.

The Prime Minister’s office contacted Bahrain’s Indian Embassy, and, in an extraordinary humanitarian gesture has donated a sum of money to help the man and his family.

Dana Majhi’s wife Amang, 42, died from tuberculosis in the district hospital in Bhawanipatna town in Orissa state. Majhi said his village was 60km away and he couldn’t afford to hire a vehicle.

Hospital authorities have denied his charge. Early on Wednesday, he said, he wrapped up the body in cloth and began the long trek to his village in Melghar for the last rites, accompanied by his 12-year-old daughter Chaula. He had walked for about 12km when some people on the way intervened and an ambulance finally arrived.

In February, the state government announced a scheme to ensure that a mortuary vehicle was available to carry the bodies of the poor from the hospital to their homes. After reports of Majhi’s ordeal emerged, Chief Minister Naveen Patnaik formally launched the scheme.