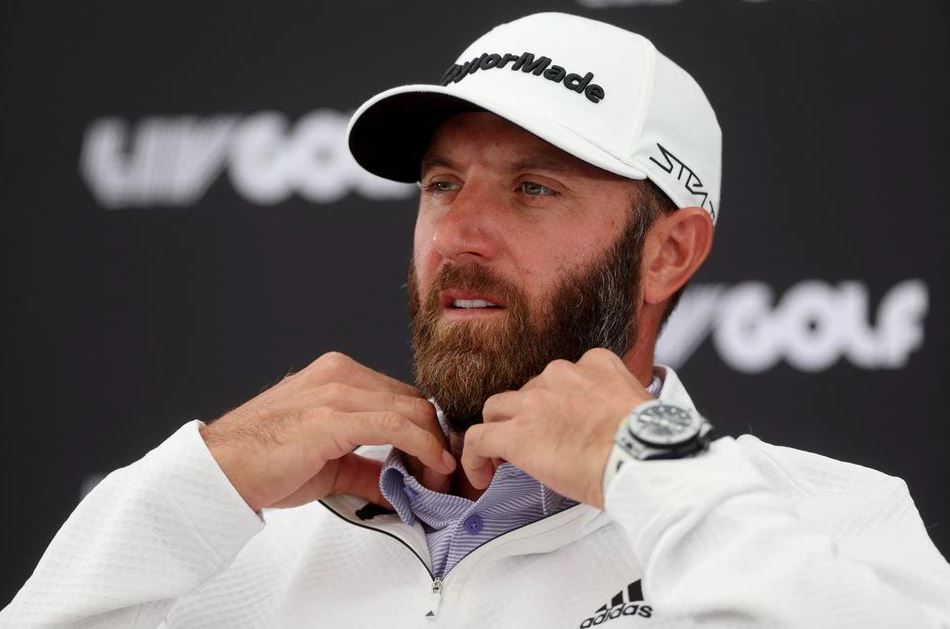 American two-time major champion Dustin Johnson said on Tuesday he had resigned from the PGA Tour to compete in the inaugural LIV Golf Invitational that kicks off this week.

By doing so, Johnson has likely made himself ineligible for the American Ryder Cup team and could potentially jeopardise his chances of playing in golf's majors.

"It's hard to speak on what the consequences might be but I've resigned my membership of the Tour and that's the plan for now," Johnson told a news conference at the Centurion Club, north of London, host of the first of eight events.

Johnson is the second golfer to resign from the PGA Tour to join the contentious new event which is bankrolled by Saudi Arabia's Public Investment Fund (PIF) and offers a total prize pot of $255 million.

On Monday, six-time major champion Phil Mickelson became the highest-profile player to commit, ending a self-imposed hiatus from the sport that began in February, amid a backlash over comments he made about the breakaway series.
The eye-watering prize money has attracted other major winners such as Sergio Garcia, Graeme McDowell and Louis Oosthuizen.

While LIV Golf CEO Greg Norman describes the new series as an opportunity to "change the course of golf history".

The PGA Tour last week reiterated a warning to members that those featuring in the breakaway circuit would be "subject to disciplinary action".

Both the PGA Tour and the Europe-based DP World Tour have declined requests from members who had asked for releases to compete at Centurion where $25 million is up for grabs, including $4 million for the winner and a guaranteed $120,000 for the player coming last in the 48-strong field.

The 37-year-old Johnson, reportedly being paid $150 million to commit to the series, said he was grateful to the PGA Tour but did not want to play golf for the "rest of my life".

"This gives me more time doing the things that I love to do," he said.

Johnson said he still planned to play in this month's US Open, which he won in 2016.

"Hopefully they're going to allow us to play. Obviously I'm exempt for the major so I plan on playing there, unless I hear otherwise," he added.

On potentially missing the Ryder Cup, he said he had thought long and hard about it: "It was a big decision but hopefully, all things are subject to change and we'll be able to participate.

"The Ryder Cup is unbelievable and something that's meant a lot to me and I'm proud to say I've represented my country and hopefully I'll get the chance to do that again.

McDowell, the 2010 US Open champion, said he hoped not to have to resign his PGA Tour membership, but admitted the prize-money on offer was hard to turn down.

"For 20 years I've been chasing pay cheques," he said. "We love the sport but we're running a business here.

"There are no promises on the PGA Tour and an opportunity like this comes along where you can play the last three or four years of your career in a very financially lucrative environment, it would be crazy to walk away from that."

In an interview with Washington Post, Norman said Tiger Woods has been offered a "mind-blowingly enormous" fee to take part.

The LIV Invitational Series, which has five rounds in the US, one in Thailand and one in Saudi Arabia, features a novel format with 48 players competing both as individuals and as part of teams that are picked by 12 captains in a draft system.

Each event will be played over 54 holes, no cuts and with shotgun starts to facilitate quicker play.