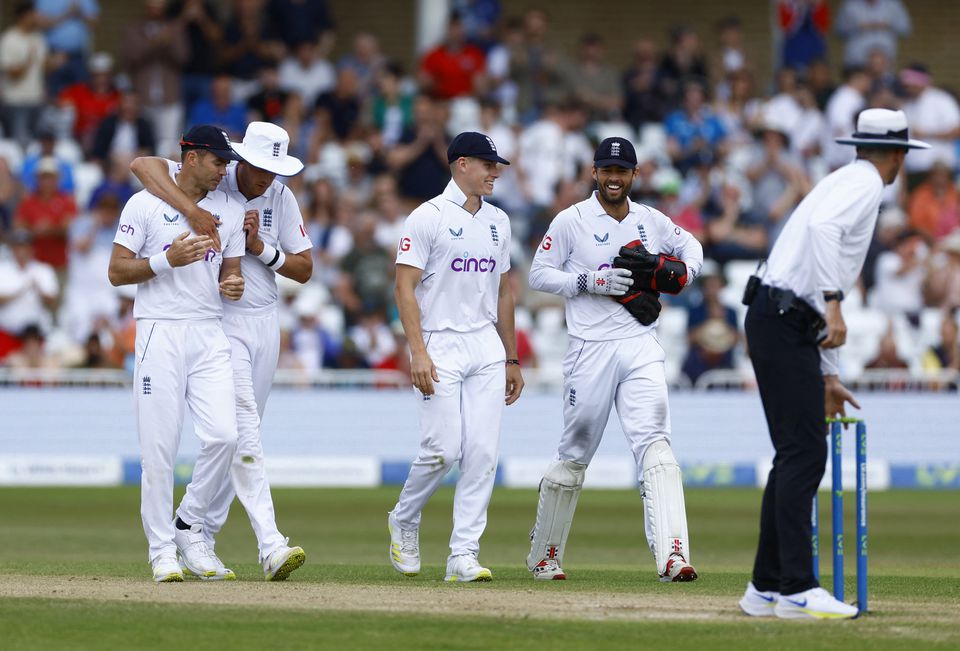 New Zealand were bowled out for 284 before lunch, setting England a target of 299 to win – the highest ever to claim a Test victory at Trent Bridge.

It was a challenging target but England reached it in just 50 overs after Bairstow and skipper Ben Stokes (75 not out from 70 balls) made hay in front of a packed crowd.

The match set the record for the most boundaries in a Test match with 250 in total, including 24 sixes.

England were 139 for four at tea, having lost leading batsman Joe Root for three, with the game in the balance.

But then Bairstow and Stokes ripped the New Zealand attack apart in devastating fashion, hammering 102 in the first nine overs after the interval.

Stokes was hampered by a knee injury, but with Bairstow taking the lead, their partnership was worth 179 runs in 20.1 overs.

Bairstow flew to his century in 77 balls – the second fastest Test century by an England player, one ball slower than Gilbert Jessop’s record against Australia at The Oval in 1902.

After his departure, Stokes and Ben Foakes took care of the remaining 27 runs to soak up the cheers of a crowd that had been given free tickets for the match.