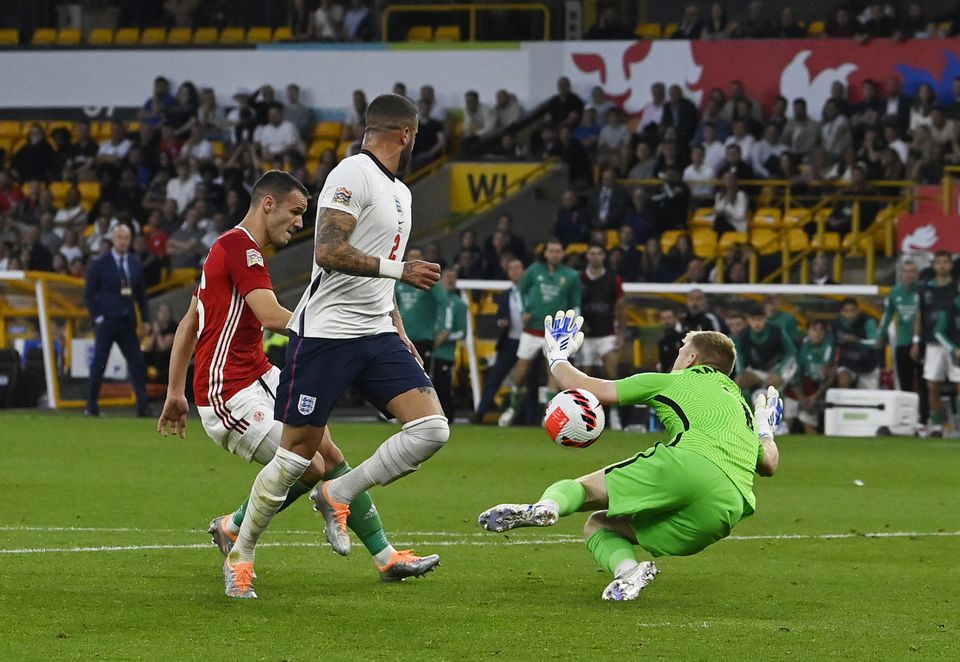 WOLVERHAMPTON: Hungary thrashed a dreadful England 4-0 away yesterday to go top of their Nations League group and perpetuate the hosts’ winless run in a competition they had hoped would be a morale-boosting warmup for the World Cup.

With only one goal and two points in their first three games of this Nations League campaign, England dominated early possession at Molineux stadium and could have gone ahead had Jarrod Bowen been sharper with a close-range header.

But Hungary shocked last year’s European Championship finalists in the 16th minute when a miscued header from John Stones dropped to Roland Sallai who controlled the ball on his thigh before drilling it past Aaron Ramsdale into the goal.

Sallai scored a second in the 70th minute and Zsolt Nagy and Daniel Gazdag heaped humiliation on England with two late goals.