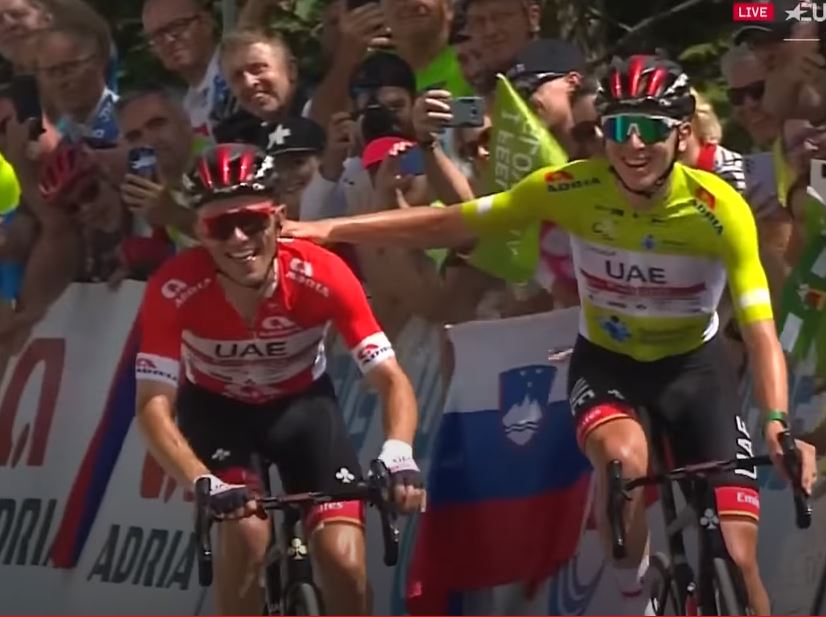 Rafal Majka (L) and Tadej Pogacar at the finish line. Screengrab from video

Professional cyclist duo of the UAE Team Emirates decided the winner for Stage four of the Tour of Slovenia by a game of rock, paper, scissors.

The duo shared an embrace as Majka crossed the finish line inches ahead of Pogacar, who retained the overall leader's jersey.

"We had a great day. We did the last climb together, then Tadej said I should win the stage," said Majka.