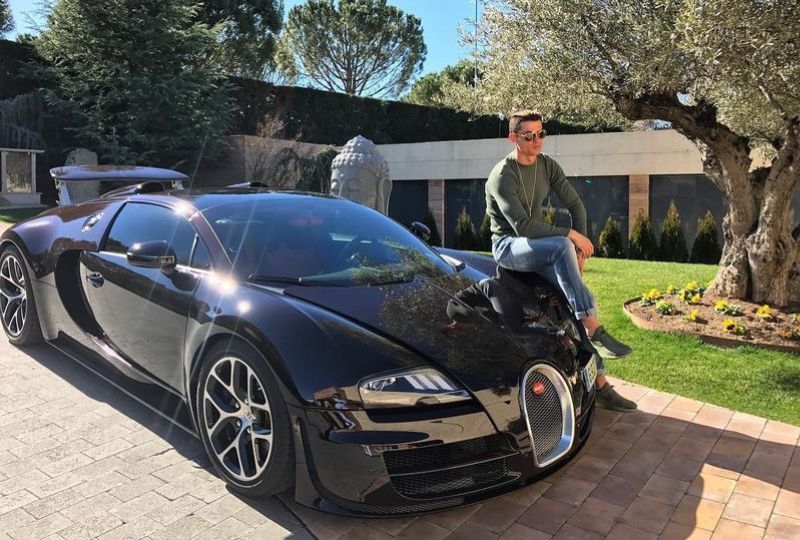 Cristiano Ronaldo with his Bugatti Veyron.

Cristiano Ronaldo’s car has been involved in a crash in Majorca.

Ronaldo's $2 million Bugatti Veyron was involved in the smash, which is being investigated by the local police's traffic service.

The driver, who was not believed to be Ronaldo, but a bodyguard, lost control and skidded into a wall on the residential estate of Sa Coma, Bunyola, Palma, Mallorca, where Manchester United star is currently holidaying with his family.

An investigation revealed that the front of the Bugatti was destroyed, and that no other vehicles were involved.

At 11 am the car crashed into the door of a country house and into a butane bottle booth, which has been completely destroyed, near the Joan March Hospital.

The driver of the car did not suffer any injuries and is believed to have signed an accident report.

One well-placed source said: “The car smashed into a wall but there was only material damage with no one injured and the driver accepted full responsibility for what happened.