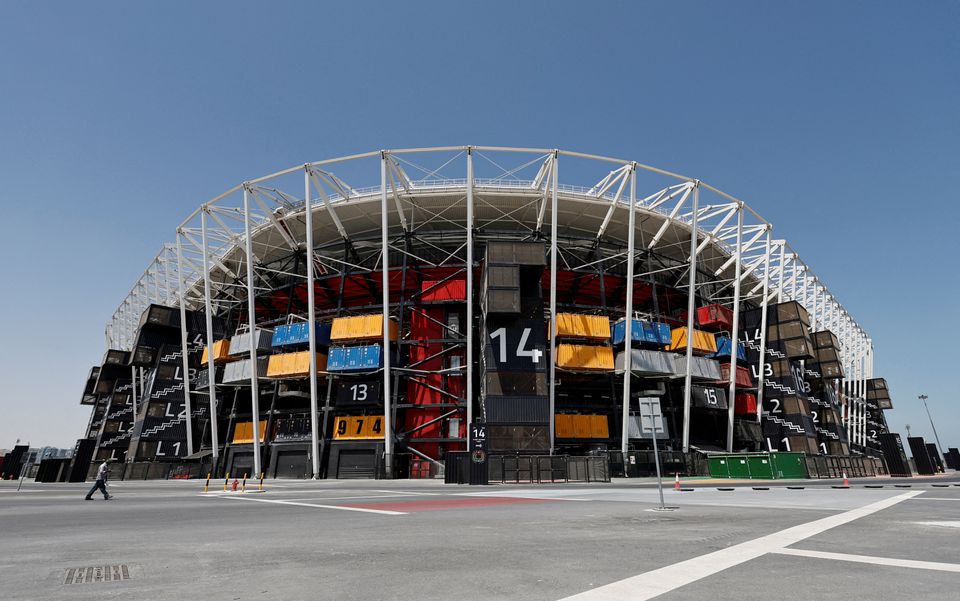 General view outside Stadium 974, a venue for the 2022 Qatar World Cup. (Reuters Photo)

The most recent phase of ticket sales, a random selection draw, closed at the end of April with 23.5m ticket requests coming in largest numbers from Argentina, Brazil, England, France, Mexico, Qatar, Saudi Arabia, and the US, according to Fifa, world football’s governing body.

“I think about 1.2m tickets have already been purchased. So people are actually buying and people are excited to come,” said Hassan Al Thawadi, secretary general of Qatar’s Supreme Committee for Delivery and Legacy.

A total of 2m tickets will be available during the 28-day tournament in November and December, he said.

The next opportunity to purchase World Cup tickets will be on a first-come, first-served basis, but the date has not been announced yet.

World Cup qualification matches have now concluded and all 32 available slots for the tournament have been secured.

Qatar hopes to attract 1.2m visitors during the World Cup, nearly half of its population.

Organisers are working to avoid price-gouging fans, and, although the local business community should benefit, the tournament should be affordable and accessible for fans, Al Thawadi said yesterday at the Qatar Economic Forum organised by Bloomberg.

A central concern has been the cost and availability of accommodation in the Gulf state, which has fewer than 30,000 hotel rooms, according to the most recent estimates by Qatar Tourism. Eighty per cent of those rooms are currently allocated to Fifa’s guests, organisers said.