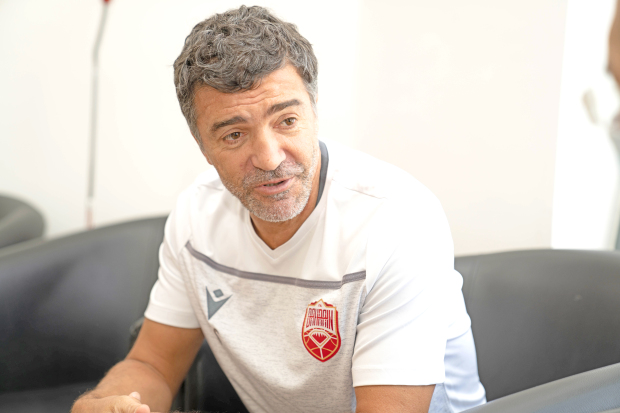 Bahrain football team coach, Helio Sousa, believes the national side has every chance of qualifying for the 2026 Fifa World Cup, scheduled to be jointly hosted by the United States, Mexico and Canada.

“Of course, I would love to see Bahrain qualify for the World Cup,” he told the GDN in an exclusive interview. “But it’s a long process and our players will need to work very hard to achieve that dream. We have a very good squad in place now and, as they’ve consistently shown over the last three years, they have both the ability and the desire to try and make it happen.”

Sousa, who will turn 53 in July, took over as Bahrain coach in the spring of 2019. Just three months after he took the reins, Bahrain romped to their first West Asian Football Federation (WAFF) Championship title, defeating hosts Iraq 1-0 in the final at Karbala. And, in December that year, the kingdom’s team achieved another historic first as they ended a 49-year wait by winning the Arabian Gulf Cup by defeating Saudi Arabia 1-0 in the final at Qatar.

And, just 10 days ago, Bahrain qualified for the 2023 Asian Football Confederation (AFC) Asian Cup in emphatic fashion, winning all three of their qualifiers in Malaysia.

“Our players did an amazing job in the Asian Cup qualifiers,” Sousa said. “It was tough, we were playing in a different environment, different weather conditions. We went to Taiwan before the tournament to acclimatise to similar conditions that we’d find in Malaysia and were lucky that it rained so our players had the chance to play with lots of water on the pitch – because in our game against the hosts in the qualifiers, it actually rained throughout the match.”

For Sousa, who was part of his native Portugal’s 1989 FIFA Under-20 World Cup-winning team and who played one game for his country’s senior team, along with more than 400 appearances across 18 years for his home town club of Vitoria Setubal, coaching the Bahrain team has consisted of a simple strategy.

“When I first came here as coach, the first thing I did was to scout players,” he explained. “Bahraini players are different from those in Saudi or the United Arab Emirates (UAE). Here, they come from the streets with lots of natural ability. So we’ve given them space to develop and helped them to build their own capacity.”

And, while he has an impassive look on his face most of the time, giving onlookers the impression that he might be a strict disciplinarian, Sousa said he believes in giving his players a sense of responsibility rather than imposing his own will on them.

The strategy has worked. Sousa’s efforts have resulted in the formation of a core group of 40-plus players who have all contributed to Bahrain’s impressive success percentage in international matches during the three years he has been in charge.

“We have played 44 international games in this time,” he revealed. “And we’ve won 28 of them! That is a very good win percentage, by any yardstick. Importantly, we’re all evolving together as a group and our philosophy is simple: we believe we’re good enough to play anyone, anywhere, and win!”

Sousa’s years of coaching in Portugal, both at the club and national youth level, have probably contributed to the way he manages Bahrain’s group of talented players. After first coaching Vitoria Setubal and, then, S.C. Covilha, in the late 2000s, he was placed in charge of various youth categories in the Portuguese Football Federation from 2010 and, in 2018, led the national Under-19 team to their first ever UEFA European Championship title.

Still, while he has brought that sensibility to the culture he has tried to create in the Bahrain camp, Sousa said that he believed in letting the players define their responsibilities for themselves.

“I haven’t tried to change the way they play,” he added. “I’ve just tried to show them my way of seeing football and tried to encourage them to adapt a little, bring them to do something a little different. We show them the areas we’re making progress in and tell them that this is what you will achieve if you focus.

“While we do define boundaries, we also give the players the liberty to express themselves. Inside our group, that is our way of living. We pass on knowledge to each other, explain that if certain things are done, we will benefit.”

On a personal level, Sousa’s three years in the kingdom have made him feel completely at home.

“I’m Bahraini now!” he exclaimed, laughing for the first time in the interview. “It’s such a pleasure to live here. The people of Bahrain are so warm and friendly. They would give the shirts off their backs to us if we needed them. It’s so very, very nice and friendly here – the best way you can live!”