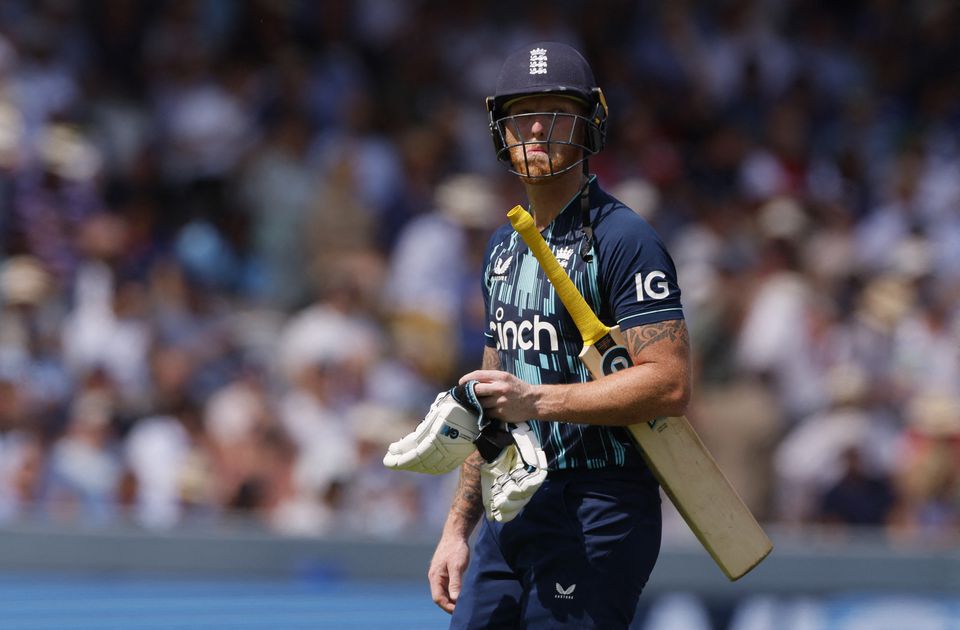 England test captain Ben Stokes will miss the upcoming three-match Twenty20 international series against South Africa and the Hundred to manage his workload and fitness, the country's cricket board (ECB) said.

Stokes, now playing the one-day international series against India, will feature in the 50-over matches against South Africa from Tuesday to July 24 before being rested for the T20s from July 27, the board said on Friday.

The 30-year-old, who skipped the T20 series against India this month, was due to play for Northern Superchargers in the Hundred, which begins on Aug. 3.

Stokes struggled with a knee problem during England's tour of West Indies in March and missed the start of the County Championship season with Durham the following month in an attempt to manage the issue.

He took a break from cricket last year, missing the T20 World Cup, to prioritise his mental wellbeing and recover from a finger injury.

Stokes succeeded Joe Root as test captain in April and led England to a 3-0 series win over New Zealand and victory over India in the rearranged fifth test from last year's series to secure a 2-2 draw.

His Durham team mate Matthew Potts has been named in England's ODI squad for the South Africa series, earning his first limited-overs call-up after impressing in the four tests this summer.