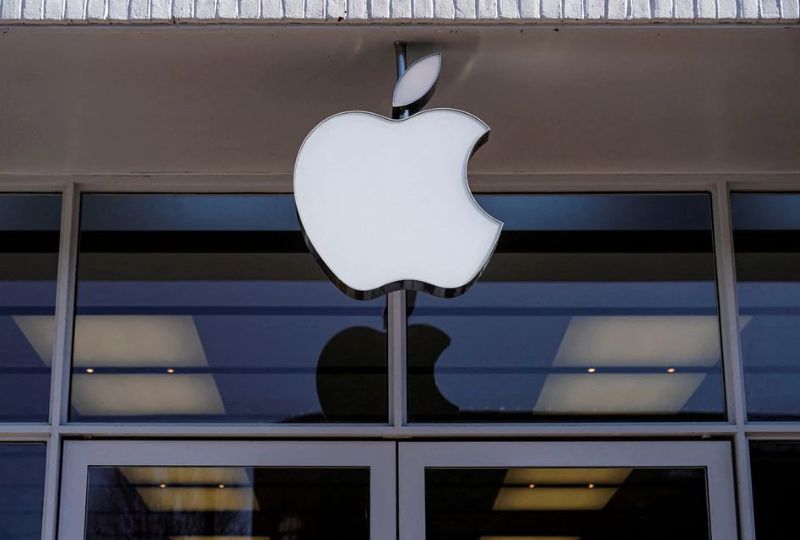 Apple logo as seen outside one of it's stores. (Reuters photo)

The federal anti-monopoly service (FAS) said it would levy a turnover-based fine against Apple, the size of which would be determined during the course of an administrative investigation.

Moscow has long objected to foreign tech platforms' influence in the Russian market, but the simmering dispute has escalated since Russia invaded Ukraine in February.

"The company has abused its dominant position in the iOS app distribution market," the FAS said in a statement.

"Apple prohibits iOS app developers from telling clients inside the app about the possibility of paying for purchases outside the App Store or using alternative payment methods."

Apple did not immediately respond to a request for comment.

Moscow has hit Western firms with a string of fines for violating internet laws that critics say are an attempt by the Kremlin to exert more control over the online space.

They include rules to store customer data on Russian servers, delete content upon request by Russia's communications regulator and open local offices in the country.

The decision to move against Apple on antitrust grounds echoes the European Commission's high-profile pursuit of the company for what it has called a "closed ecosystem" that "unfairly shielded" Apple from competition.

After initially hitting firms with fines in the tens or hundreds of thousands, Russia is significantly ramping up its financial penalties. On Monday, Russia fined Google $370 million for what it says were repeated refusals to remove content.