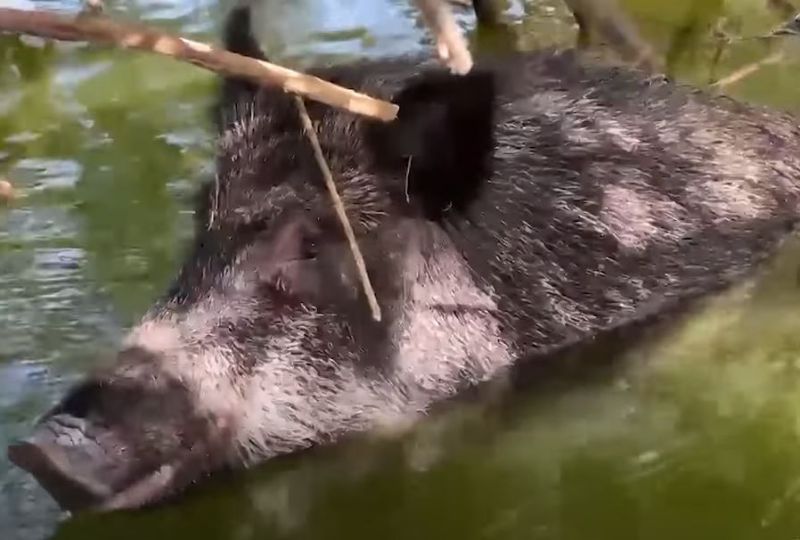 MADRID - Spanish firefighters and forest rangers rescued a large wild boar on Monday from a pond at a golf course near Madrid after the animal went for a refreshing splash amid a scorching heatwave and found itself trapped.

Video footage showed four people chasing the boar in an inflatable boat and then using catchpoles to bring it to the shore where they and half a dozen other rescuers finally pulled it out up the artificial pond shore's slippery plastic lining.

Firefighters and forestry agents rescued a wild boar that got stuck in a pond at a golf course near Madrid, Spain https://t.co/vZPEl408oH pic.twitter.com/zPV5Zkksnw

A few golfers watched the rescue from a distance.

"A wild boar thought it was too hot and went for a splash," the Madrid region's Fire Brigade tweeted. "It wasn't an easy task."

The boar weighed over 100 kg (220 pounds) and forest rangers ultimately sedated the animal to be able to move it to a forest nearby.