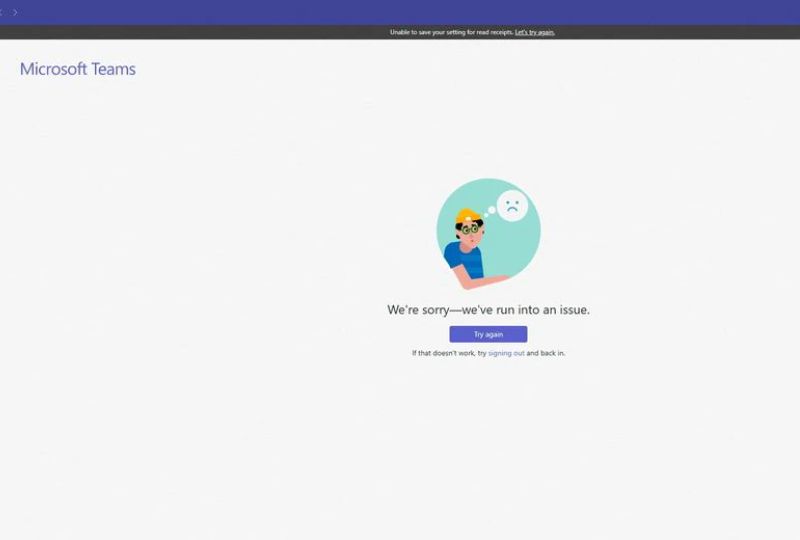 Microsoft Corp's MS Teams was back up for most users, the company said on Thursday, after an hours-long outage that disrupted the chat application for tens of thousands of customers globally.

The company cited a disruption on a recent software update that "contained a broken connection to an internal storage service".

"We're addressing any residual impact related to this event. Additionally, we are monitoring for any signs of failure until we're confident that all functions of the service are fully recovered," the company said on its website.

MS Teams, used by more than 270 million people globally, forms an integral part of daily operations for businesses and schools, which use the service to make calls, schedule meetings and organize their workflow.

The company did not disclose the number of users affected by the disruption, but outage tracking website Downdetector.com showed more than 4,800 incidents in the United States and over 18,200 in Japan. The site tracks outages by collating status reports from sources including user-submitted errors on its platform.

During the outage, most users were unable to exchange messages or use any features of the application. Many users took to Twitter to share updates and memes about the service disruption, with #MicrosoftTeams trending as a hashtag on the social media site.

"Microsoft Teams has stopped, and half the working world along with it #MicrosoftTeams," a Twitter user said.

The company has benefited from a surge in demand for remote business teleconferencing and messaging tools, with MS Teams becoming a key fixture for organizations during the COVID-19 pandemic as people worked from homes.

Other big technology companies have also been hit by outages in the past year, with a near six-hour disruption at Meta Platforms that kept WhatsApp, Instagram and Messenger out of reach for billions of users last October.